FOXBORO, Mass. — Vincent Valentine will have a lot to prove as he prepares for his first NFL training camp.

Valentine, whom the New England Patriots selected 96th overall in the 2016 draft, exited Nebraska after his junior season amid questions about his drive and conditioning — doubts he hopes to erase this offseason.

“I mean, the past is the past,” the 6-foot-3, 320-pound defensive tackle said Thursday in his first meeting with the New England media at Gillette Stadium. “I?m going to use it as motivation. I?ve got a lot of things to do out here, but the past is the past. I try to put the whole thing at Nebraska behind me and just try to become as good as I can here.

“I?m not really worried about how things went at Nebraska. I know things could have been better, but I?m in a good spot now. I think the coaches are ready to bring me along, and I?m ready to be as good as I can.”

Valentine, whose stats slipped during an injury-shortened junior campaign, was reluctant do discuss his time with the Cornhuskers or even what he believes his greatest strengths are, saying he’d “rather not get into those types of things.” The big-bodied run-stuffer did speak at length, however, about his work ethic, which often was criticized during the pre-draft process.

“It?s their opinion, but they can?t stop me from going out here, putting in work every day and bettering myself,” said Valentine, who completed his bachelor’s degree before leaving school. “So, I kind of tune that out and not pay attention to it as much. I?m in the position I am right now for a reason. It didn?t just happen. It didn?t just fall out of the sky. But I?m just excited to be here.”

While he’s looking to prove his doubters wrong, Valentine admitted he’s nowhere near the level he needs to be in order to be a productive NFL player.

“I?m working hard every day, and I know it?ll take time,” he said. “It?ll be a process. But it?ll come. This program will get me right. So, I?m just excited to be here and just to work hard every day. …

That process began last week, when the Patriots’ first-year players arrived in Foxboro for rookie camp. It was the new guys’ first chance to impress Bill Belichick and the rest of the New England coaching staff, which is Valentine’s one and only goal. 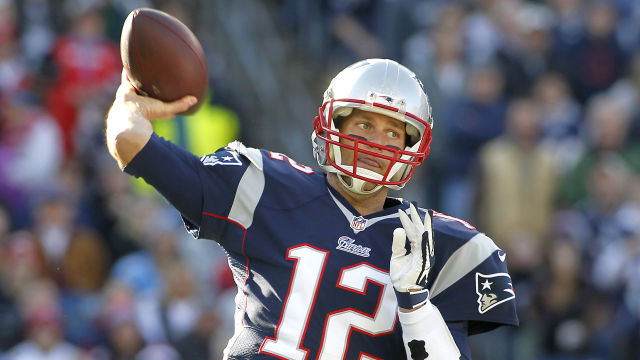 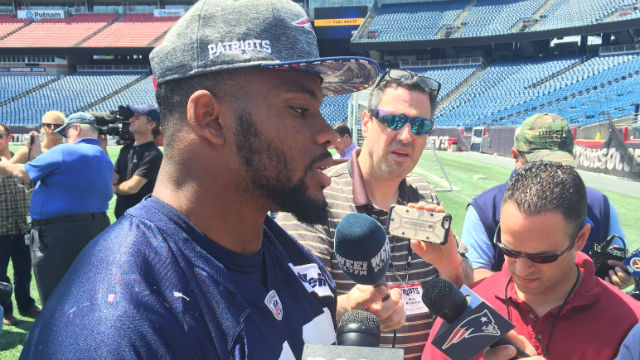