Tom Brady and the NFL Players Association aren’t going down without (another) fight.

Brady and his lawyers will file a request Monday in the U.S. Court of Appeals for the Second Circuit to rehear his case en banc, one of Brady’s attorney’s told “Good Morning America” on Monday.

Tom Brady's new lawyer Ted Olson told ABC News today that the facts are "so drastic, and so apparent ? the court should rehear it."

If granted, the case would be reheard before all of the judges on the U.S. Court of Appeals for the Second Circuit.

Brady’s four-game suspension for his alleged role in Deflategate previously was upheld by three judges in the Second Circuit, who ruled 2-1 in favor of the NFL.

Ted Olson made the announcement Monday morning. The longtime attorney recently was hired by Brady, and he was responsible for the recent request to extend the window to appeal the April ruling. That request was granted, and the Brady camp was given four weeks to appeal, with Monday being the final day for them to act. 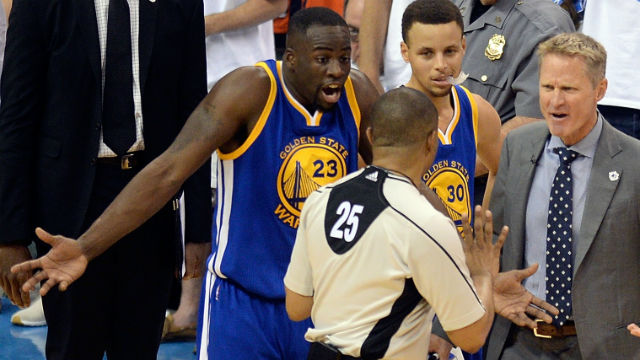 Should Draymond Green Be Suspended For Crotch Kick? Warriors, Thunder Weigh In