After the New England Patriots routed the Oakland Raiders on Sunday at Estadio Azteca, quarterback Tom Brady said he “definitely” plans to visit Mexico City again in the future.

It doesn’t sound like Bill Belichick shares that sentiment.

During an interview Monday with WEEI’s “Dale & Holley with Keefe,” the Patriots coach explained how drained the entire organization was after its Mexico trip concluded. He certainly won’t be volunteering the Patriots for the next international game.

“Personally, I wouldn?t be in any big rush to do it again,” Belichick said, via WEEI.com. “It?s a long way to go for a game. There?s a lot to it in terms of all the logistics of it. They are not used to having an NFL team so you have to go in there and handle a lot of the logistics. It took a lot of manpower, a lot of hours, a lot of energy out of our organization to do that. This week, we?re tired. We are exhausted from the trip. It was a good trip, but it took a lot out of us, I think.

“Look, we play eight on the road and eight at home every year, so it is what it is. I don?t think I?d necessarily be in any big rush to go back and do that again, but if that is where the game is scheduled, sure, we?ll play it there.”

The Patriots returned home in the early hours of Monday morning. It was their first time back in Massachusetts since Friday, Nov. 10, as they spent a week in Colorado Springs after last Sunday’s road win over the Denver Broncos.

“It?s a lot,” Belichick said. “We spent a lot of time talking about altitude, about hydration, about food, water, about training elements like that. Much more so than, let?s just say, Denver. Pick another city that has some similarities, but it is quite bit different. We dealt with it. Players did a great job dealing with all the challenges that we had to deal with.

“I think we?re fortunate there was no volcano eruptions, earthquakes or anything else while we were down there. I mean, you have two NFL franchises in an area that I don?t know how stable the geological plates that were below us (were). But nothing happened, so that was good.”

The Patriots beat the Raiders 33-8 to improve to 8-2 on the season. 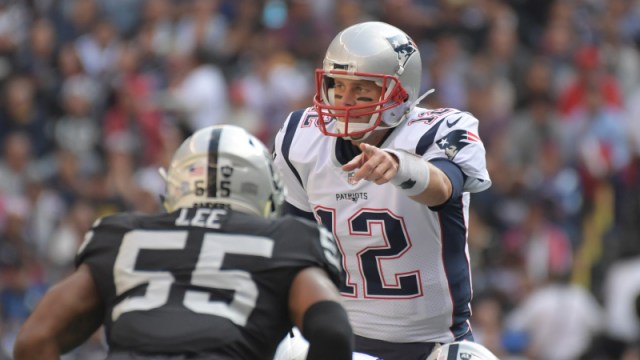 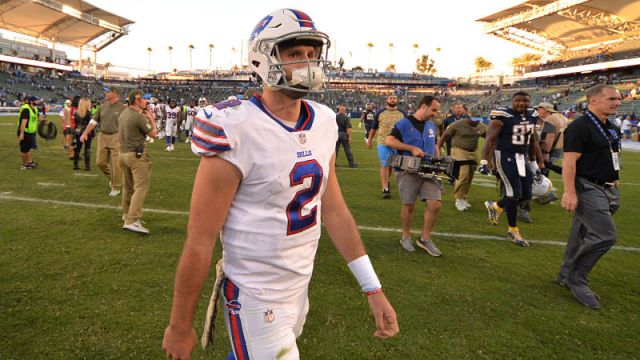