After each New England Patriots game, we take a look at the handful of plays that, added together, resulted in one team celebrating victory while the other pondered what went wrong. Below are the 11 plays that defined Monday night’s 27-20 loss to the Miami Dolphins at Hard Rock Stadium.

Cutler to Parker on fourth-and-1
This play — a short pass from Jay Cutler to DeVante Parker that went for 15 yards on Miami?s opening possession — ultimately wasn?t a particularly important one, as the Dolphins wound up settling for a field goal later in the drive anyway. But it served as an early statement that Miami wouldn’t be afraid to be aggressive on offense against a Patriots team it had decisively lost to just two weeks earlier.

Howard?s INT(s)
Xavien Howard has been a pick magnet of late for the Dolphins, and he ended the Patriots? first series of the game with an interception of Tom Brady. Howard later closed out New England?s opening drive of the second half in identical fashion.

Branch goes down
An already banged-up Patriots defense lost another key piece when starting defensive tackle Alan Branch injured his knee on a routine running play during the first quarter. Branch briefly returned to the field after receiving treatment but didn?t last long before being ruled out for the rest of the game.

Dion?s circus catch
The highlight of an otherwise underwhelming night for the Patriots? offense, Dion Lewis? one-handed grab was one for the highlight reels. It also directly led to New England?s first touchdown, as Brandin Cooks drew a pass interference penalty on the next play and Rex Burkhead plunged into the end zone from 3 yards out on the play after that. The score put the Patriots, who?d held the Dolphins to field goals on their first two drives, ahead for the first and only time.

Drake burns Roberts
As many Patriots observers know, pass coverage is not Elandon Roberts? strong suit. So when the Dolphins saw the linebacker matched up 1-on-1 against split-out running back Kenyan Drake, they took advantage, sending Drake on a go route straight down the field. He blew past Roberts, and Cutler hit him for a 47-yard gain.

Richards? whiff
If you?re looking for an under-the-radar play of the game, this is it. Even after Drake?s big play, it appeared the Patriots would force another field-goal try with some more stout red-zone defense. A blitzing Jordan Richards had Cutler dead to rights on third down, but he was unable to bring the famously immobile QB. Cutler spun out of the would-be sack, found Drake for a first down and then threw a touchdown pass to Jarvis Landry one play later, giving Miami a 13-7 lead it would not relinquish.

Grant skies over Butler
Not Malcolm Butler?s finest moment. The Patriots cornerback, who has had issues defending jump balls this season, mistimed this leap while covering Jakeem Grant in the end zone, allowing the 5-foot-6 receiver to soar over him for his first NFL touchdown. This one put the Dolphins up 20-10 early in the third. Grant also burned Butler deep later in the game but had a sure touchdown pass bounce off his hands.

Drake’s spin-o-rama
Drake was a monster for the Dolphins, leading them in both rushing (114) and receiving yards (79). His longest run of the night featured a vicious stiff arm that left Patriots safety Patrick Chung grasping at air and directly led to back-breaking 4-yard touchdown pass from Cutler to Landry.

White makes things interesting
The Patriots went three-and-out on five of their eight possessions in the second half. On another, they picked up a first down via a penalty, then punted four plays later. The first of their two productive drives featured 26- and 13-yard passes to Danny Amendola and a 3-yard touchdown pass to James White that cut Miami’s lead to 27-17.

The goal-line fiasco
The Patriots benefited from a roughing the passer penalty on the play after Cooks’ grab, and Brady then proceeded to hit Amendola for 23 yards down to the Dolphins’ 1-foot line. That’s when New England’s last-gasp drive fell apart. After an illegal shift penalty on White pushed the Patriots back to the 5, Chris Hogan was unable to get two feet down on a catch in the corner of the end zone. A hold by Nate Solder on second down moved them back another 10 yards, and Brady followed with back-to-back incompletions, including a hurried throwaway. The Patriots settled for a field goal, failed to recover the ensuing onside kick and watch the Dolphins celebrate the win in victory formation. 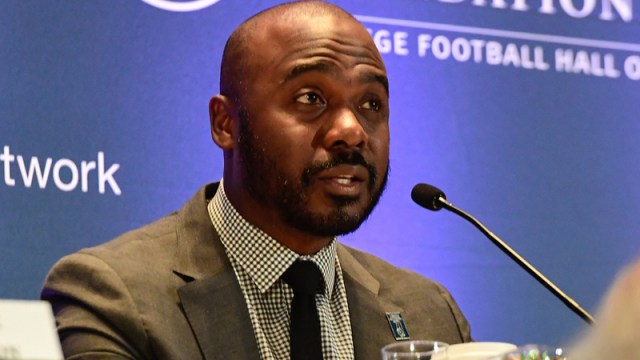