The Patriots released Martellus Bennett to clear over $6 million in salary cap room earlier this month, but the tight end still could return to New England.

That information comes straight from Bennett’s mouth on TheRinger.com’s The Bill Simmons Podcast.

Simmons asked Bennett, who remains a free agent, around the 35:50 mark if a return is a possibility.

“I mean, yeah,” Bennett said. “It came up in conversation.”

Starting tight end Rob Gronkowski’s status remains in the air as he considers retirement. The Patriots could re-sign Bennett at a reduced salary. That likely would come along with releasing tight end Dwayne Allen and his $5 million cap hit.

Bennett, 31, was traded to the Patriots during the 2016 offseason and caught 55 passes for 701 yards with seven touchdowns on the way to a Super Bowl LI championship. He then was signed away by the Packers last offseason but was claimed by the Patriots after Green Bay cut him in November. Bennett caught six passes for 53 yards in two games before being placed on injured reserve.

Bennett said on NFL Media’s “The Rich Eisen Show” that he’s preparing to suit up in 2018, but he’s unsure if he will play.

“Right now I’m just living life and trying to figure out what I want to do next,” Bennett said, via NFL.com. “Is it to continue to play? Is it to explore other options? What is it that I want to do? …

“So it’s just like where am I in a mental capacity overall? I don’t have to play. I play football because it’s fun. I enjoy stiff-arming people, jumping over people and competing with my friends and things like that. I’ve been working out, preparing to play.”

Re-signing Bennett would certainly add some much-needed insurance for the Patriots at tight end. Bennett said he still talks to quarterback Tom Brady via text and Instagram direct message. 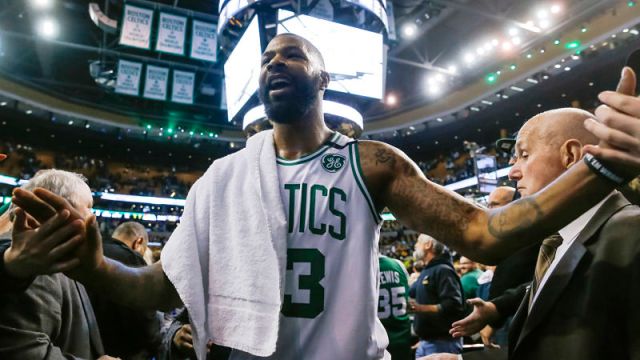