Patriots' Harvey Langi 'Grateful' To Be Back On Field After Scary Accident - NESN.com Skip to content

FOXBORO, Mass. — The car New England Patriots linebacker Harvey Langi was driving when he suffered serious injuries in a car accident last October was crushed, dented and in pieces after being ripped apart. He’s lucky to be alive.

And not only was he able to walk away from that accident in one piece, he’s back to running on a football field. Langi has been a full participant in organized team activities just seven months after suffering head, neck and back injuries in the crash. His wife broke both hips and multiple ribs.

“It was a scary experience my wife and I had to go through, and thank god my wife is 100 percent fine and recovering,” Langi said. “She’s awesome. I’m grateful and humble I get to put the helmet back on, the pads back on and be out here and to help out the team.”

Langi’s car was rear-ended at a stoplight by a driver, Kevin M. Conroy, going 50 MPH who faces criminal charges after police found an open container of alcohol in his car. Passengers in the car in front of Langi’s also were injured.

Langi said getting back on the field after the accident was “amazing.”

“The accident was huge, and it was a big setback, but that’s over with, and I’m out here,” Langi said. “I’m just grateful. I love being out here. This is great. I wouldn’t — people ask me what I’m doing today, and I get to put a helmet on and come out here and work with the rest of the guys and give everything I’ve got. That’s the best. So, I’m super grateful and super blessed that things didn’t turn in other directions where I wouldn’t be out here. Things didn’t, and I’m out here, and I’m grateful. I’m just gonna come out here and help and do everything I can to help this team to win some games and hopefully go on to championships.”

The Patriots could have used Langi last season, when they were so desperate for linebackers and edge defenders that they were signing guys off practice squads and the street. Langi can play both outside linebacker and defensive end. He was high on the Patriots’ depth chart as an undrafted rookie last summer but missed Week 1 with a concussion. He played in Week 2 then was a healthy scratch for two games before the accident. 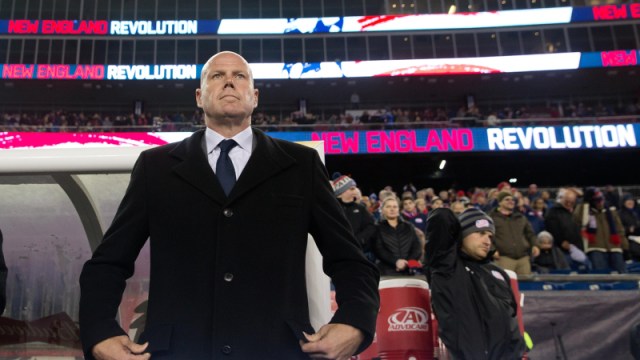