Serena Williams’ road back to the top of the tennis world hit a speed bump Monday.

The all-time great withdrew from the French Open ahead of a potential must-see matchup vs. Maria Sharapova in the Round of 16 at Roland-Garros.

Williams is dealing with a pectoral muscle injury that makes it nearly impossible for her to serve.

Instead, Williams must wait until Wimbledon to win her first major championship since returning from giving birth to her first child in September.

“I’m beyond disappointed,” Williams told reporters Monday, per ESPN.com. “I gave up so much, from time with my daughter to time with my family. I put everything on the court. … So it’s really difficult to be in this situation.”

This is the first time the 36-year-old has had to withdraw from a major tournament. Williams’ next chance to win her 24th Grand Slam singles title will have to wait until at least July at Wimbledon, but it’s unclear at this point whether Williams will be healthy enough to play. 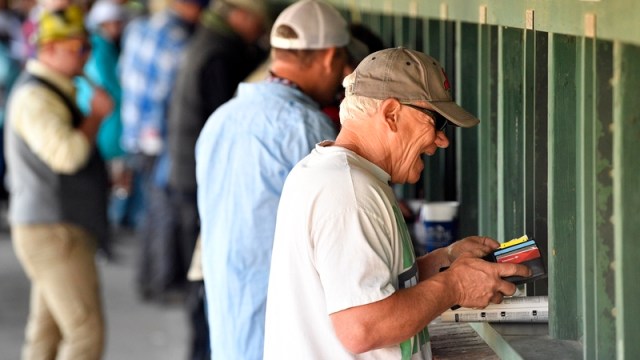