The Boston Red Sox completed a four-game sweep of the New York Yankees in dramatic fashion Sunday night at Fenway Park, scoring three runs off closer Aroldis Chapman with two outs in the ninth before Andrew Benintendi hit a walk-off single in the 10th to seal a 5-4 victory.

Prior to that late drama, it looked like the Yankees had the game in control. They plated four runs in the seventh inning to take a 4-1 lead. In fact, New York’s official Twitter account felt confident enough to send out this tweet after the seventh-inning rally:

Four on the board. That'll do the trick. pic.twitter.com/dKHr0PrXe1

After the Red Sox put up four runs of their own in the 9th and 10th innings, their mascot, Wally the Green Monster, came in from the top rope on Twitter with the obvious comeback.

Five on the board**

To rub a little salt in the wound, Wally changed the header photo in his Twitter bio to immortalize the Yankees’ unfortunate tweet.

Talk about a rough night at the office.

The Red Sox’s Twitter account, meanwhile, seemed to be having much more fun, taking one more subtle jab at Yankees general manager Brian Cashman over his “damage” comments after Boston completed the comeback.

To the victors go the spoils. 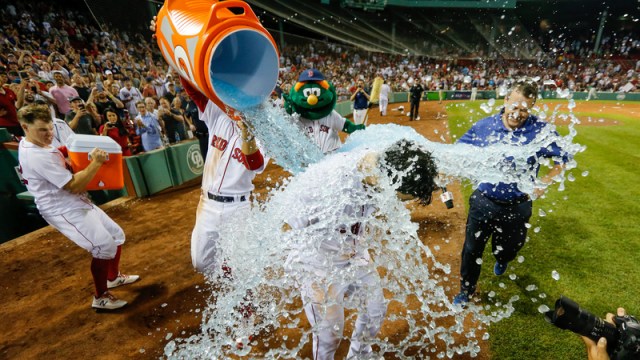 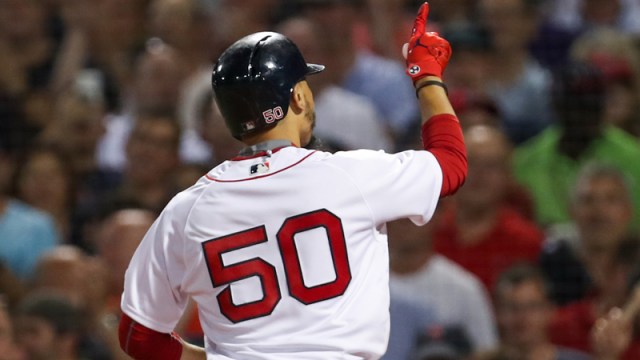