At some point, the New England Patriots are going to need a new quarterback.

Tom Brady has expressed interest in playing into his mid-40’s, but football is an unpredictable sport, so it probably would be best for the Patriots to start planning for their future sooner rather than later. They took a flier on Danny Etling late in the 2018 NFL Draft, but he currently sits on the practice squad and likely isn’t Brady’s heir apparent.

But could the Pats take their long-term plans under center a bit more seriously in the 2019 Draft? The latest CBS Sports mock draft thinks that may be the case.

They set the order by grouping teams by their current record, then they accommodate ties by using last season’s record. With the Patriots at 1-2 this season and 13-3 last campaign, they picked 14th in this draft. And with the pick, CBS had them selecting Oregon quarterback Justin Herbert.

“Tom Brady says he wants to play a few more seasons but at some point the Patriots have to commit to finding his replacement. And it’s not like New England finds itself picking this high in the first round every year.”

Herbert would be pretty raw entering the NFL, but he has some desirable qualities. At 6-foot-6, he has a great stride when outside of the pocket, and he has promising arm strength. If the Patriots were to select the junior and give him a few years under Brady, it could prove to be a valuable pick.”

Of course, we also just finished Week 3 of the season, so a lot could change over the coming months. 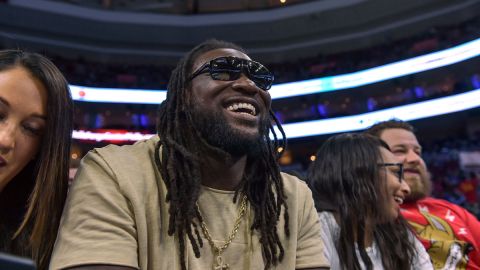