But in the case of Josh Gordon’s highlight-reel touchdown catch Thursday night, the comparison is valid.

With the Patriots leading the Indianapolis Colts by a touchdown early in the fourth quarter, quarterback Tom Brady faked a handoff to running back Sony Michel, bounced on his toes in the pocket for a full six seconds and launched a pass downfield for Gordon, the former All-Pro wideout his team had acquired two-and-a-half weeks earlier.

Gordon was closely covered by cornerback Chris Milton and safety Matthias Farley on the play, but they might as well have been invisible. Once Brady’s heave went airborne, the former Cleveland Browns star halted his route just past the goal line, separated from Farley and elevated over Milton to haul in a 34-yard touchdown pass.

It was, in a word, Mossian.

The touchdown was the first of Gordon’s young Patriots tenure, and it gave New England the kick in the pants it needed. After letting a 21-point lead shrink to seven against an injury-ravaged Colts team, New England stepped on the gas in the final 10 minutes to lock down a 38-24 victory at Gillette Stadium.

“It just kind of goes to sandlot football scramble drill,” said Gordon, who’d been held to one catch on three targets for 16 yards before his score. “You know, go the opposite direction of what you were going. And I kind of wanted to head towards the end zone. We made eye contact, he threw it up there, and it was a perfect ball. So I had to try to make a play on it, and that was pretty much it.”

The highlight-reel touchdown was of particular significance to Brady. It was the 500th of his storied career — he’s just the third to reach that mark, along with Peyton Manning and Brett Favre — and Gordon was his 71st touchdown recipient, breaking Vinny Testaverde’s NFL record of 70.

“To catch any pass from Tom is amazing, let alone some history-making catch or pass,” Gordon said. “You know, for him, I told him congratulations, and I know there’s many more for him to come. Hopefully, he’s got a lot more left in him — I’m pretty sure he does — so I’m looking forward to that. The next history point to make for him, I hope to be a part of it. So it was awesome.”

Brady shared those sentiments. The 41-year-old quarterback raved about Gordon, saying their touchdown connection was a testament to the quick bond they have forged.

“That was a great play Josh made, jumping over the top of two defenders,” Brady said. “That tells you the kind of confidence I have in a really short period of time. You know, he?s earned it, and (I was) happy to see him make that play.”

Gordon has made a similar impression on the rest of his Patriots teammates. Asked for his reaction to the touchdown, special teams captain Matthew Slater replied: “Man, that guy’s good.”

“We’ve seen what Josh can do in this league,” Slater continued. “He’s got a lot of God-given ability, and we’re lucky to have him now. So hopefully, we can see more of that. That was a huge play for us. It kind of turned the momentum there. 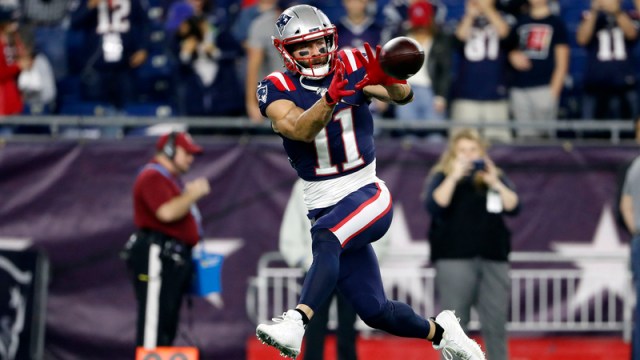 Julian Edelman Daydreamed Of This Moment While Recovering From Torn ACL 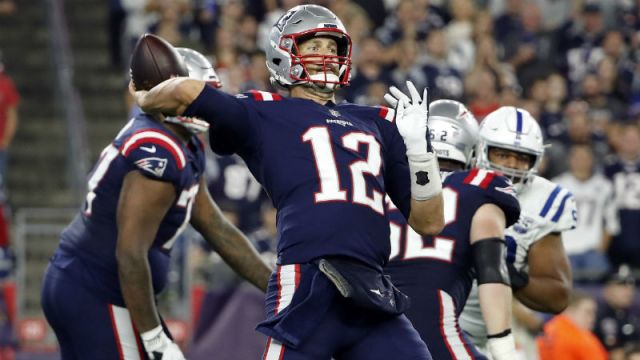