BOSTON — A lot (like, a lot) has happened during Harvard and Yale’s storied rivalry.

Something took place Saturday afternoon, however, that might have been the first in the history of “The Game.”

During the fourth quarter at Fenway Park, which hosted “The Game” for the first time in the rivalry’s history, Crimson running back Devin Darrington had a touchdown run negated after he was flagged for unsportsmanlike conduct. As Darrington scampered toward the end zone, he looked back and appeared to wag his finger at a Bulldogs defender, prompting a flag from the referee.

Some have claimed Darrington threw up his middle finger, but video evidence appears to suggest otherwise. Regardless, Harvard head coach Tim Murphy believes Darrington was in the wrong.

“It’s the first time I’ve ever seen anything like that, but the bottom line is he was wrong,” Murphy said after the game. “I’m just so grateful to our team that he didn’t have to learn that the absolute hardest way.

” … He’s a great kid. He’s going to be an outstanding football player … but he was wrong. He got overwhelmed by the moment and did something that wasn’t particularly classy — and that’s not what we do.”

For what it’s worth, Darrington twice exacted revenge later in the fourth quarter. The burly pack punched the ball in from four yards out to give the Crimson a 37-27 lead over their Ivy League rivals, and scampered in from 16 yards out in the final minutes.

Harvard went on to win 45-27, breaking Yale’s two-game winning streak in “The Game.” It was the highest-scoring game in the rivalry’s 135-year history.

Click here for updates and highlights from 135th edition of Harvard vs. Yale >> 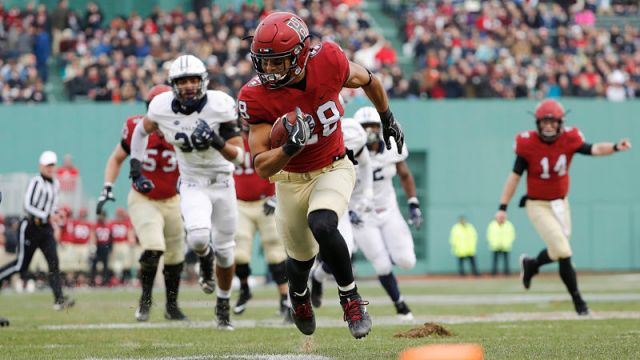 Harvard Vs. Yale Live: Updates, Highlights From ‘The Game’ At Fenway Park 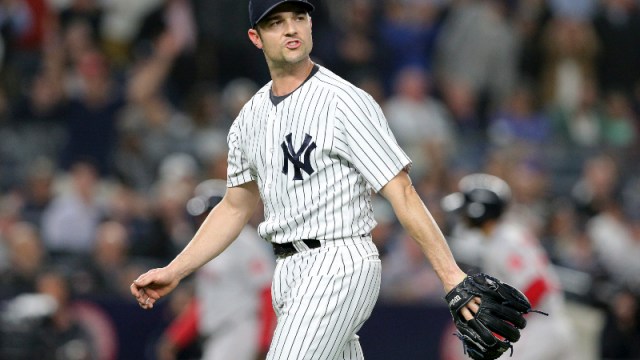