Hogan, who played 62 of 75 total snaps, slammed his helmet against the turf after one offensive series and spent much of his time between drives sitting on the defensive side of the bench away from fellow receivers Julian Edelman and Phillip Dorsett, who went over plays with position coach Chad O’Shea.

Hogan quickly explained the decision to sit away from the offense.

“Oh, no. That was just my spot, man,” Hogan said. “Yeah. Just we were doing — the defense was playing well. I had one series where I was sitting over there, so I figured I would continue it, and it worked out pretty well.”

No frustration with the lack of targets?

“Not at all,” Hogan said. “We won. Proud of this team. We had to battle a couple weeks, and a couple frustrating losses, and we came out here and got the job done.”

Hogan said he would check in with O’Shea before going back to his spot at the end of the defensive bench.

Hogan chalked it up to superstition.

“Yeah, we were playing well while I was sitting there, so I thought I’d see if I could continue it,” Hogan said.

Hogan has 29 catches for 468 yards with three touchdowns this season. After a three-game stretch from Week 6 to Week 8 when Hogan had 13 catches for 190 yards, he’s totaled just six catches for 135 yards with a touchdown in his last seven games. He’s been held without a catch in four of those contests. Despite the inconsistency, Hogan is having the second most productive season of his career from a yards perspective.

He was expected to take on a bigger role after Josh Gordon was suddenly suspended indefinitely this week. That was not the case in Week 16. 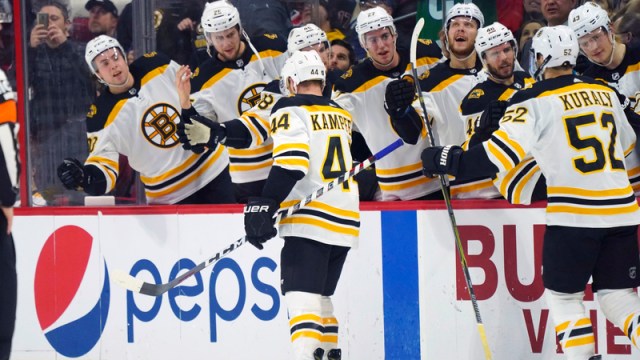