Priority No. 1 for the New England Patriots’ offense this Sunday will be keeping Melvin Ingram and Joey Bosa away from Tom Brady.

Ingram and Bosa, the Los Angeles Chargers’ game-wrecking defensive ends, form one of the NFL’s best pass-rushing duos. The former had seven sacks, 16 quarterback hits and eight tackles for loss during the regular season, while the latter posted 5 1/2, nine and seven despite missing the first nine weeks with a foot injury.

After Bosa’s return to action in Week 11, he and Ingram tallied 54 total pressures over the Chargers’ final seven regular-season games, according to Pro Football Focus. Among edge rusher teammates, only Philadelphia’s Brandon Graham and Michael Bennett (56 pressures) and Houston’s J.J. Watt and Jadeveon Clowney (66) had more during that span.

Blocking Ingram and Bosa in this Sunday’s divisional-round matchup at Gillette Stadium will be a tremendous challenge not only for Patriots offensive tackles Trent Brown and Marcus Cannon, but, as head coach Bill Belichick explained Monday, for New England’s offensive line as a whole.

“Ingram lines up inside on passing situations a pretty decent amount of the time,” Belichick said. “He?s not always on the edge, so really anybody could get him. Bosa?s in there some too, but Bosa?s more outside than inside. In third-down situations, Ingram shows up inside quite a bit. He?s had very good production in there against a number of teams.”

Early in Sunday’s wild-card round win over the Baltimore Ravens, Bosa lined up over left guard James Hurst and beat him inside for a sack on quarterback Lamar Jackson. The first of Ingram’s two sacks in that game also came against Hurst — whom he evaded with a spin move after lining up in a two-point stance — and the second came against backup left guard Bradley Bozeman. All three sacks came on third-and-11 and forced Ravens punts.

Patriots guards Joe Thuney and Shaq Mason and center David Andrews will need to be ready for a similar pass-rush plan this Sunday.

“It?s not (just) blocking those guys,” Belichick said. “It?s finding them and trying to get things set as much as you can to deal with those two players.”

The Patriots faced Ingram and Bosa during their 21-13 win over the Chargers last season and, all things considered, did a respectable job of limiting them. Pro Football Focus credited the pair with an eye-popping 17 total pressures — more than 10 teams managed against the Pats in 2017 — but they combined for just one sack (by Bosa) and one quarterback hit (by Ingram).

Tackles Cannon, Nate Solder and LaAdrian Waddle — who replaced an injured Cannon late in the first half — protected Brady well enough, and the quarterback made their jobs easier by peppering the Chargers’ defense with quick passes.

“You hold the ball for an extra tick of a second, and it?s a strip sack by Ingram or Bosa,” Brady said Monday on WEEI’s “Mut & Callahan.” “I think it?s one of those games where we have to play on time. We have to stay ahead on down and distance. We have to have a great complementary game, and it?s got to be well-balanced. It?s a great test.” 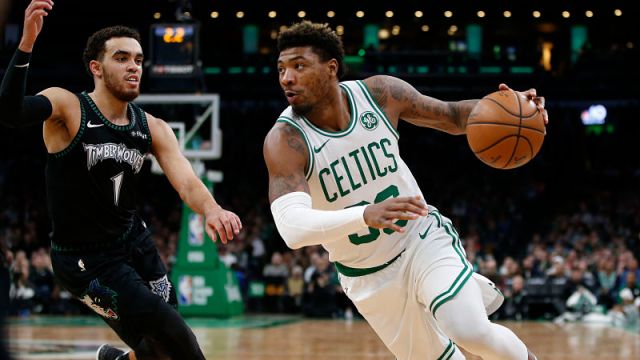 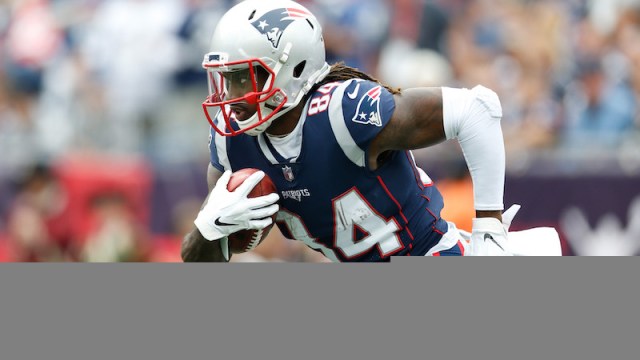 Cordarrelle Patterson’s Health Is Key As Patriots Prepare For Chargers