While the New England Patriots are preparing for Super Bowl LIII, Josh Gordon is focussing on his rehab in Gainesville, Fla.

But AFC champions certainly have not forgotten about the talented wide receiver.

Gordon was suspended indefinitely by the NFL in December for violating the terms of his conditional reinstatement but has been cheering on from afar and supporting the Pats throughout the playoffs. Now, just days from New England’s Super Bowl matchup against the Los Angeles Rams at Mercedes-Benz Stadium, Matthew Slater addressed what it’s like to prepare for the NFL’s biggest game without one of their own.

?It?s a little bittersweet,? the special teams captain said, via the New York Post. ?We think of him often. We certainly wish he could share this experience with us. We know he?s doing what he needs to do. You?re talking about a guy with those physical gifts who could take over a game on his own. There aren?t a lot of those guys walking around planet Earth. He was a big part of what we did.

“He helped us. We wouldn?t be here without his contributions,” Slater added. “We?re certainly mindful of that. At the same time, we?re wishing him the best. We want to see him be healthy. We want to see him in a great spot. Ultimately, that?s bigger than the game of football.?

Over 11 games with the Patriots this season, Gordon caught 40 passes for 720 yards with three touchdowns. 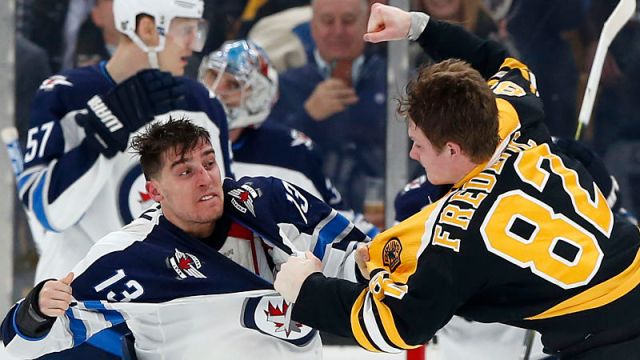 Did Bill Belichick Take Shot At Tom Brady? Stephen A. Smith Thinks So