BOSTON — The Boston Bruins dodged a pretty big bullet in the first period of Game 1 of the Eastern Conference Final against the Carolina Hurricanes.

Zdeno Chara did not finish the period after blocking a Sebastian Aho shot off the outside of his right foot, sending him down to the ice. After finishing his shift, Chara hobbled to the bench, then later limped down the tunnel.

(You can see the play here)

When the Bruins emerged from the locker room for the second, Chara was not immediately present, but was one of the last B’s through the tunnel. He went on to log a total of 19:24 ice time, and all indications after the game pointed to the big man being fine.

“It was just one of those that hit me in a good spot,” Chara said.

When asked if there was doubt he would return to the ice, Chara simply responded, “No.”

All right, that settles that.

With Charlie McAvoy suspended for Game 1, losing Chara would have left Boston without both their top-pair defensemen. So even if the captain was a little banged up after the play, it seems it would have taken something monumental to keep the captain off the ice. 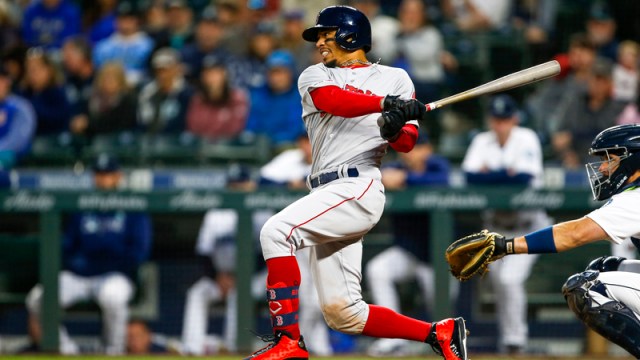 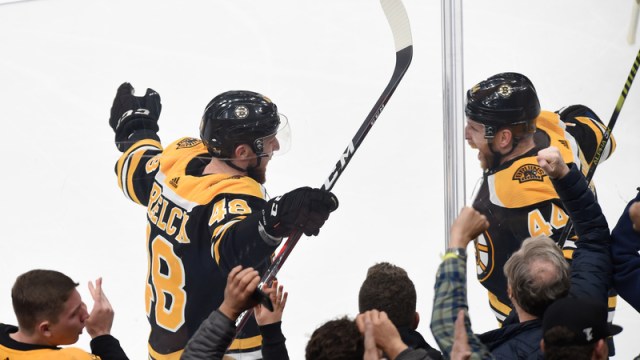