The New England Patriots reconvened for training camp this week. That means the mailbag also is back after a six-week hiatus.

Let’s get right into it with questions on Mike Daniels, Danny Etling, Josh Gordon and much, much more.

Mike Daniels for the Patriots?
Trade candidates? Targets?
— @AndrewS65644580
If he doesn’t sign with the Cleveland Browns, then yeah, sure. I like the fit. Daniels, who was released by the Green Bay Packers this week, is one of the top pass-rushing interior defensive linemen in the NFL. A defensive tackle stable with Daniels, Lawrence Guy, Mike Pennel and one or two of Adam Butler, Danny Shelton, Byron Cowart and David Parry would be among the best in the NFL.

The Patriots are a little low on cap room right now, but that would quickly increase if they can extend Tom Brady’s contract.

Who?s an underrated player you?re excited to watch this summer?
— @thisryanjackson
Defensive end Trent Harris would fall into that category. Harris was extremely productive as a pass rusher last preseason. I don’t necessarily think this is likely, but I wouldn’t be absolutely gobsmacked if Harris beat out Derek Rivers and Keionta Davis for a roster spot.

Harris also drew some praise from teammates last winter when I asked Patriots players about the most competitive scout team players they’ve faced.

I’m also excited to see how tight end Stephen Anderson looks in training camp and preseason. He might be flying too far under the radar when compared to players like Matt LaCosse and Ben Watson.

What percentage do you give Etling making the team as a WR/Specia teams player? #MailDoug
— @Ireland2Canada
I want to say 5 percent (to match his number), but that seems too high. I think there’s a chance any player on the 90-man roster makes the team, but Etling, who moved from QB to wide receiver Thursday, certainly would rank among the lowest.

Etling is a perfect practice squad player given everything he can do to help the team in non-game situations.

The Patriots keeping Etling around in different roles is somewhat fascinating. I think Bill Belichick has a reputation for being somewhat soulless and callous as it relates to players. I think the assumption is that Belichick would trade his son if the value was right.

But the Patriots are keeping around Etling (for now) despite drafting Jarrett Stidham, and they’re trying to give Etling any opportunity to make an impact over the summer by having him switch positions. I think the takeaway here is Etling did everything asked of him last season. He was selfless in his approach, and the lesson is that if you do everything you’re supposed to do and put the team first, the Patriots will repay you. While it’s extremely unlikely Etling is repaid with an active roster spot, he’ll be repaid with patience and the opportunity to earn a roster spot.

Belichick isn’t quite as grinchy as everyone believes.

Josh Gordon, when?
— @davyzwegers
Your guess is as good as mine.

I asked the NFL if they had an update on Gordon, and they responded with, “We do not.”

Not really a question but my Hot Take, Derek Rivers has 8+ sacks next year
— @ShortDolphin
I am not on board with this take. I think Rivers was given substantial opportunities last season, and he had just four total pressures on 57 pass-rush snaps.

Maybe he’ll be better two full years removed from his torn ACL, but I didn’t see much from him last season.

How do you think JoeJuan Williams fits into the secondary? #MailDoug
— @StingUpdates
If he plays this season, I think it will be against more athletic tight ends and bigger receivers.

The Patriots’ cornerback depth is stacked this season, which is why I even bring up the possibility he might not play. That, plus the fact that Duke Dawson didn’t play last season.

I actually think Gunner is good at wide receiver. I don’t know how many opportunities he’ll receive, but that dude is quick, and he’s got natural hands.

Who?s been getting most of the snaps at LT, and do you see there being a drop off at the position with Trent Brown?s departure?
— @SirMattCooper
Joe Thuney was still getting most of the top-team left tackle snaps during team drills Thursday. I would expect Isaiah Wynn to start getting more and more of those snaps soon.

I don’t think there will be a major dropoff from Brown, but we’ll see.

Is Burkhead on the outs with them signing Bolden and drafting Harris?
— @CodyHorlick
No, sir.

worth throwing $50 bucks away on the browns at 20 to 1? or obj making love to browns’ kicking nets gonna bring the team down
— @Blndfayth
Yeah, sure. Why not?

Who is the next Jerry Rice, N?Keal Harry or Danny Etling?
— @PFF_Steve
You forgot Jakobi Meyers.

Is it called a Hero, a Grinder, a Sub or something else?
— @NEPatsJD52
A sub. Anyone who calls it a hero or a grinder is trying too hard.

I think a No. 72 Gunner Olszewski jersey might be better. Or a No. 8 Jamie Collins.

How?s your summer been?
— @PapaBurgundy___
If you’re a Patriots beat reporter, player or coach, then summer is actually over. Summer now runs from mid-June to late-July for me.

But summer was great. I got to spend a ton of time with my daughter, who will be 2 years old at the end of August, and I went on a few fun trips.

Being a dad is pretty easy when you've got a kiddo like this.

Where do you keep the ring?
— @ChrisJSilva
I actually have TWO World Series rings. They’re both in my room.

Do running backs matter?
— @lukejoh77899111
Belichick certainly thinks they do. Personally, I wouldn’t take one in the first round.

did the television program Doug substantially impact you?r childhood?
— @rodneyhandler
Yes. That song was hummed to me frequently.

When will rookies get real jersey numbers?
— @_creddy_
For the first preseason game.

#maildoug Is Brady the surprise cut this year?
— @MrQuindazzi
Now that Etling has been moved to wide receiver? No way. 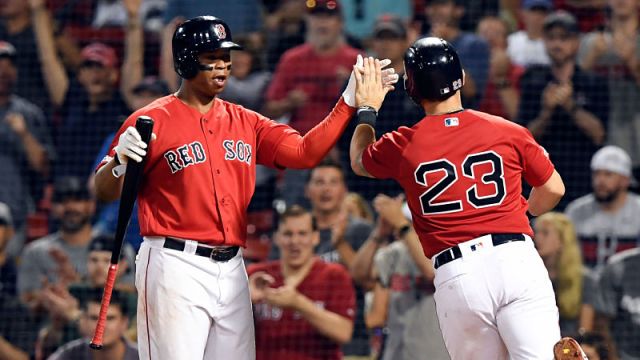 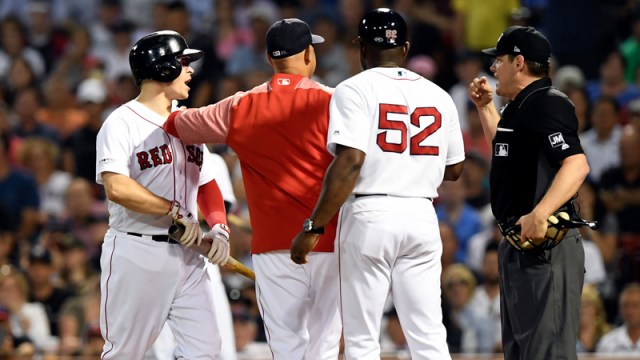