FOXBORO, Mass. — Some assorted notes and nuggets from the New England Patriots’ 31-29 preseason loss to the New York Giants on Thursday night at Gillette Stadium:

— Keion Crossen’s evening began about as poorly as possible.

In the opening 14 minutes, the second-year cornerback surrendered a 14-yard slant to Golden Tate, a 23-yard fade to Tate and a 35-yard touchdown to Alonzo Russell.

Crossen is a valuable special teamer, and he enjoyed a generally strong summer in coverage, but this was a brutal and potentially costly sequence for a player who entered New England’s final exhibition game on the roster bubble.

Then, a switch flipped.

After a Patriots fumble set the Giants up inside the red zone, quarterback Alex Tanney targeted Crossen twice in a three-play span. Both fell incomplete.

One drive later, Tanney took a deep shot toward Crossen’s man on third-and-11. Russell had a step on Crossen, but the speedy Western Carolina product recovered, leaped and batted the ball away, drawing a massive cheer from the relaxing veterans on the Patriots’ sideline.

?The vets just told me to keep my head up,” Crossen said. “That?s the nature of our business, keep battling keep fighting. My teammates did a great job of encouraging me. I just kept fighting and things turned for me.”

On the next Giants possession, Tanney overthrew receiver Reggie White Jr., and Crossen capitalized, hauling in an interception while falling out of bounds.

?We support each other daily,” Crossen said, smiling. “If I make a play, the D-line makes a play — whoever makes a play, we?re all over each other. That?s just the hard work we put in, and the love we have for each other and the brotherhood that we share on and off the field.”

Crossen continued to make plays throughout the second half. He finished with an interception, four pass breakups and a team-high 12 tackles, surrendering seven receptions on 16 targets. All but 40 of the 127 receiving yards he surrendered came in that initial flourish.

Was it enough to secure the 2018 seventh-round pick a spot on the 53-man roster? We’ll find out Saturday afternoon.

“I feel like I have improved a little bit from last year,” said Crossen, who played in 14 games last season, including playoffs. “I?m just trying to learn my position every day, get better every day and listen to the vets. You?re never too old to keep learning, and I just continue to do that and make the best of my opportunities.”

— Another roster hopeful, 2018 second-rounder Duke Dawson, also recorded an interception, but his bounced off the hands of a Giants receiver. Dawson split time between cornerback and safety in the game and didn’t have any glaring miscues, but he didn’t do anything to change the perception that he’s New England’s seventh-best corner by a wide margin.

Based on performance this summer, Dawson should not make the 53. But Belichick never has cut a player one year after drafting him in the first or second round. We’ll see if that trend continues.

— One day after being traded to New England, offensive linemen Korey Cunningham and Jermaine Eluemunor both were on the sideline in uniform. Neither played in the game, but both should be on the 53-man roster.

Cunningham wore No. 65, and Eluemunor sported No. 71. Don’t be surprised if either or both of those change once the roster is trimmed down. (Eluemunor will need to change, since Danny Shelton also wears No. 71.)

— Starting center David Andrews, who was hospitalized earlier this week with blood clots in his lungs, watched the game in sweats on the sideline. According to reports, he’s in danger of missing the entire season.

“We’re still, I’d say, getting more information on that,” Belichick said. “We’ll see how it goes.” 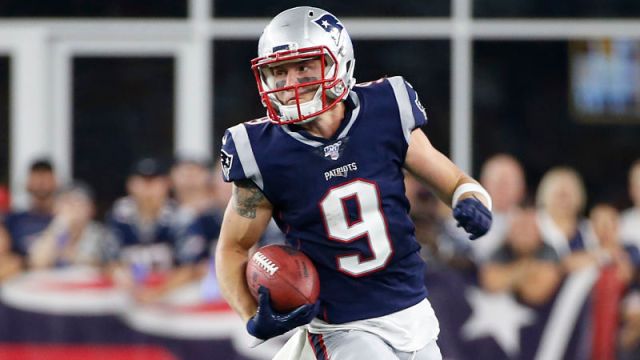 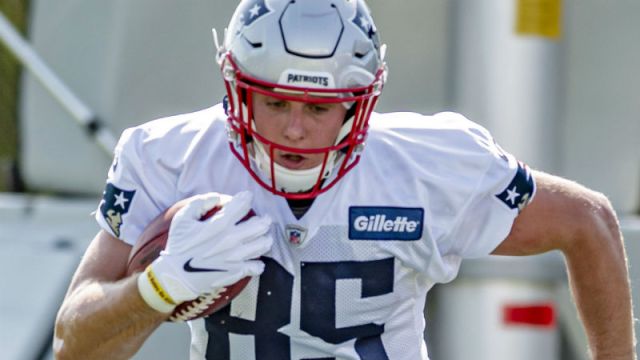