The New England Patriots starters wound up having a pretty easy preseason.

Starters sat out the Patriots’ first two preseason games after they participated in joint practices with the Detroit Lions and Tennessee Titans in the weeks leading up to those contests. Patriots offensive starters played for three series Thursday night in their win over the Carolina Panthers, while the defensive starters stayed on the field for the first half.

Here’s what that playing time told us about the Patriots’ depth chart with two weeks to go until the regular season.

QUARTERBACK
This one is easy. Tom Brady played the first three drives then was relieved by Jarrett Stidham. Brian Hoyer stayed on the sideline for the entire game.

So, what does this mean? It means the Patriots wanted to get a good, long look at Stidham. Does that mean they’re considering making the fourth-round rookie Brady’s backup and cutting Hoyer? That’s tough to say. But this situation isn’t as clear cut as it might have seemed a week ago.

RUNNING BACK
The Patriots’ running backs were, by order of appearance: Sony Michel, James White and Rex Burkhead, Brandon Bolden, Damien Harris then Nick Brossette. White and Burkhead’s first snaps were on the same third-and-8 play on the Patriots’ first drive.

Harris didn’t get into the game until Stidham came in at quarterback. So, despite his impressive performance last Saturday, the rookie is still clearly the No. 4 option in the backfield behind Michel, White and Burkhead.

Bolden and Brossette didn’t play until Harris suffered an injury.

Beck received the highest signing bonus of any Patriots undrafted rookie. He seems like a longshot to make the roster, though we like his athleticism at the position.

Meyers and Dorsett were the preseason starters. Meyers, an undrafted rookie, stayed in the game over Dorsett in one-receiver sets, which we saw as notable. Dorsett had more success with Brady under center while Meyers thrived playing with Stidham.

Olszewski was the Patriots’ third wideout and was on the field for 33 snaps before he banged his head and had to leave the game. Davis saw playing time starting in the second quarter, while Patterson didn’t get into the game until late in the third quarter.

Recency bias tells us Dorsett might be above Meyers on the depth chart after Friday. He was much better with Brady under center. If we look at the full scope over the last four months, however, Meyers has been far more productive than Dorsett in training camp and preseason.

We’d guess, based on Thursday night, that Izzo and LaCosse will make the Patriots’ initial roster. Watson is suspended for the first four weeks of the season. If the Patriots choose to keep three tight ends, Kendricks seems to have the edge over Anderson and Saubert, though it’s probably too close to call.

Watson and Kendricks both got injured and didn’t return to Thursday’s game.

Froholdt and Ferentz have received a ton of snaps this season. We have a feeling the Patriots might be helping Ferentz get film out to the rest of the NFL since he doesn’t have practice squad eligibility left.

DEFENSIVE LINE
The Patriots’ starting base defensive line was Danny Shelton at nose tackle and Byron Cowart and Lawrence Guy at defensive end. It was a bit of a surprise to see Cowart, a 2019 fifth-round pick, starting over players like Adam Butler, Mike Pennel and Deatrich Wise, but he’s earned it. Cowart has played very well this summer.

On third and long, Bennett was the Patriots’ lone defensive lineman.

Keionta Davis and Ufomba Kamalu both entered the game in the second half. At times, both defensive linemen were forced to play out of position as outside linebackers with a limited batch of players available at the position due to injuries. Kamalu stood out more in the role. Davis was spotted getting X-rays after the game.

David Parry is above Nick Thurman on the depth chart but seemingly below Shelton and Pennel as far as nose tackles go.

Cowart’s emergence shakes up the defensive line picture. Bennett and Guy are locks, while we’d consider Shelton and Cowart near-locks. The rest of these players could be competing for two or three open spots. Butler and Pennel would be our favorites.

OUTSIDE LINEBACKER
Kyle Van Noy and Chase Winovich were the Patriots’ top outside linebackers in nickel. It was Van Noy and Jamie Collins in the base 3-4 defense. On third down, the Patriots’ rushers were Bennett, Dont’a Hightower, John Simon and Winovich to start the game. Bennett, Winovich, Hightower, Collins and Van Noy also saw reps on a third-and-4 in the second quarter.

With Derek Rivers, Trent Harris and Shilique Calhoun all out, the Patriots had limited depth at outside linebacker. That’s why Winovich started, and it’s also the reason we saw Kamalu, Davis and Christian Sam playing that position.

Van Noy, Winovich, Collins, Hightower and Simon are making the team. There might only be one spot for Rivers or Calhoun, however.

Second-year pro Ja’Whaun Bentley subbed in for Roberts midway through the first quarter. Bentley and Roberts shared the field at inside linebacker in the second quarter.

Collins, Hightower, Bentley and Roberts all are expected to make the team. Linebacker/special teams ace Brandon King reportedly suffered a season-ending injury during the game. That could open up a spot for Munson.

The backups were JC Jackson, Joejuan Williams and other slot-man Duke Dawson.

The third-string was Dawson, Keion Crossen, Ken Webster and a dash of Williams.

That Dawson plays the slot makes his competition for a spot with Crossen slightly more interesting. If Jones got injured or became ineffective, we think McCourty or safety Patrick Chung simply would kick inside to the slot. But Dawson does have some value in a role other cornerbacks on this team don’t really play. He and Crossen played a lot of special teams Thursday night. Makes you go, “hmm.” We’d still put Crossen on the roster over Dawson.

SAFETY
With Chung and Obi Melifonwu out, the Patriots went with Devin McCourty, Duron Harmon and Terrence Brooks to start. It was Harmon and McCourty in two-safety sets, however.

Brooks and A.J. Howard took over in the third quarter.

Brooks played into the fourth quarter then was subbed for Malik Gant. 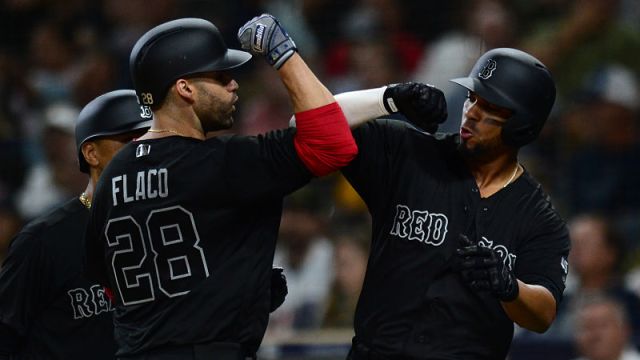 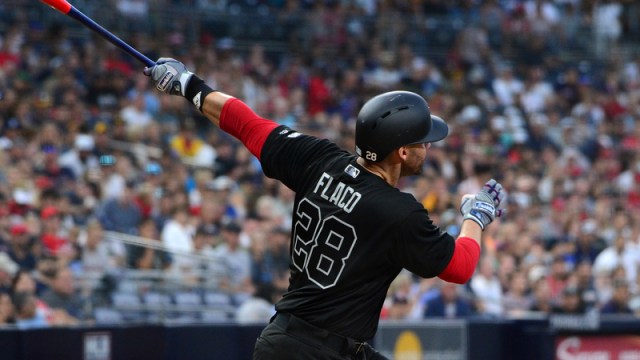