FOXBORO, Mass. — Most of the New England Patriots’ skill-position players had, at the very least, multiple months to learn the team’s complex offense before training camp began.

Lance Kendricks had one day.

The veteran tight end signed with the Patriots on July 24 and was on the practice field less than 24 hours later. Even with prior experience in Josh McDaniels’ system from their days together in St. Louis, Kendricks essentially was flying blind during his first few Patriots practices, doing his best to digest route combos and play calls while battling for reps with the likes of Matt LaCosse, Stephen Anderson and Ryan Izzo.

That wasn’t easy, even for a player who’s been in the NFL since 2011. So when Kendricks suffered an undisclosed injury on Day 4 of camp that sidelined him for two weeks, he viewed his absence from practice as an opportunity.

“(It was) a little bit (frustrating), but I think it gave me a little time to kind of decompress and just learn the offense,” Kendricks said after returning to practice Monday. “Take a step back and just study, which we all kind of need sometimes. Get the mental aspect of it down and just focus on the little details. …

?Just making sure I stay in shape, running, and make sure my head is clear. Making sure my feet are under me, and just trying to focus on the mental aspect. The very basic stuff.?

Kendricks wore a red non-contact jersey during Monday’s practice but participated throughout, catching one pass from Brian Hoyer and one from Jarrett Stidham in 11-on-11 drills. He called the red jersey “precautionary” and said he expects to join the team in Nashville this week for joint practices with the Tennessee Titans.

?I guess things happen for a reason, and I feel like that time (I missed), I had to make sure I used it wisely,” the 31-year-old said. “I had to make sure I took advantage of just studying and learning, and then I got out here a little bit (Monday) and did some of the scout reps and just got used to hearing the plays.

“Reading the plays on paper is one thing. Going out there and doing it and hearing it in the huddle, it?s a little different. So just being able to come out here and hear it in the huddle, run through it, get the routes and steps down and my feet in the group, I think that helps a lot.?

Kendricks, who caught 19 passes for a career-low 190 yards and one touchdown in 16 games for the Green Bay Packers last season, has a chance to play a significant role in the Patriots’ Rob Gronkowski-less offense.

Tight end Ben Watson will be suspended for the first four games of the regular season, and LaCosse (did not practice Monday) and Anderson (limited) both are dealing with injuries. Rounding out the depth chart are the blocking-focused Izzo and Andrew Beck and the newly acquired Eric Saubert, who has five catches in 30 career NFL games.

?(The next step is) just getting comfortable,” Kendricks said. “This can be a complex offense, and it takes a lot of studying. A lot goes into it. So when I come out here, I want to make sure I know what I?m doing and I?ve got my mind right for it.” 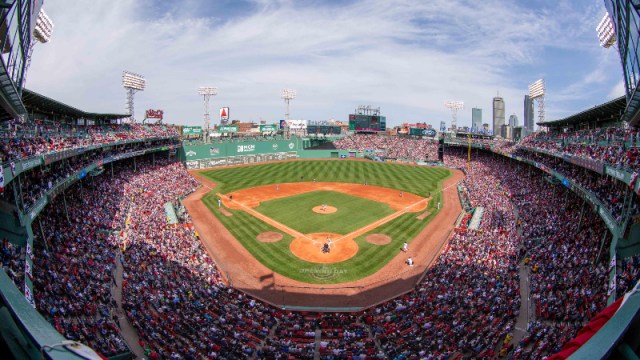 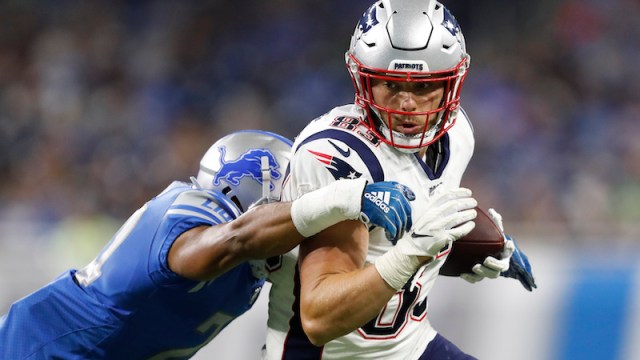 Patriots Are In Rough Shape At Tight End, And Situation Isn’t Improving