The Boston Celtics’ losing streak ended just as fast as it began.

A 99-85 victory Monday over the Phoenix Suns gave Boston it’s 11th win of the season after dropping just its second game of the year Sunday night. It also marks the team’s sixth win on the road.

Suns point guard Ricky Rubio did not play due to back spasms. Aron Baynes, meanwhile, notched nine points and six rebounds against his former squad.

A SLOW START
It took a while for things to get going Monday night. The Celtics and Suns notched just 10 points between them in the first four minutes.

Baynes’ first points of the evening, surprisingly enough, came from beyond the arc.

sooo about that 3-point contest…. pic.twitter.com/dK2bi8r4Fb

Boston found itself in an early seven-point hole, but clawed its way back late in the first with a little help from the starting five.

To: Jaylen
From: Marcus pic.twitter.com/oNMO62tV3d

Boston earned its first lead of the game on a Tatum steal-and-slam with 1:09 left in the quarter.

The C’s led by four after 12 minutes. Smart led all scorers with eight points.

BOSTON TAKES CONTROL
Unlike the first, both squads started the second off hot.

The Suns kept pace with the Celtics, scoring seven points to Boston’s eight in the first three minutes of the quarter. Phoenix managed to regain control of the game, erasing Boston’s lead midway through the second.

But the Celtics battled back, retaking the lead a short time later on a clutch trey from Walker. The 29-year-old put up 13 points and going 6-for-11 (54.5 percent) from the field in the first half.

Kemba gets two as he falls to the ground ? pic.twitter.com/fPRGUJZwuN

Smart gave the team a much-needed boost with 14 first-half points, the most of any player through the first 24 minutes.

The C’s lead continued to grow, ballooning to 13 with 52.4 seconds left in the half. The Celtics entered halftime on an impressive 23-6 run, capped by a Walker buzzer-beater to put Boston up 15.

The Celtics maintained their double-figure lead throughout the quarter. The Suns got no closer than 10 points away from the lead as Boston found its rhythm.

Tatum continued to shoot the ball well for his team, earning his second double-double of the season midway through the quarter while shooting 50 percent from the field. The 21-year-old scored 14 points in the third alone.

26pts for Tatum at the end of three pic.twitter.com/SdSqu50YBB

The Celtics ended the quarter with yet another 15-point lead, bolstered by Tatum’s monster third-quarter performance.

BITTERSWEET FINISH
The Celtics sealed the deal in the fourth, but not without a bit of a setback. It wasn’t points that were the problem, however.

Smart limped off the court with 9:12 left to play after twisting his ankle while attempting to guard Devin Booker at the rim. He quickly was ruled out for the rest of the game with a right ankle sprain.

Marcus Smart just limped off the court after this play pic.twitter.com/1o65jV0Ol4

Despite this, the Celtics’ success continued in the fourth. Boston maintained its momentum through the final moments of the game, holding a double-figure lead throughout.

The Suns couldn’t find much daylight, ending the day shooting 40.2 percent from the field while missing 72.2 percent of their 3-point shots. (But hey, at least Baynes scored one, right? He went 1-for-5 from downtown Monday night.)

And that’s all Boston needed to wrap up the win.

PLAY OF THE GAME
Kemba being Kemba.

UP NEXT
The Celtics are off to sunny California where they’ll battle the Los Angeles Clippers on Wednesday night. Tip-off from Staples Center is slated for 10 p.m. ET. 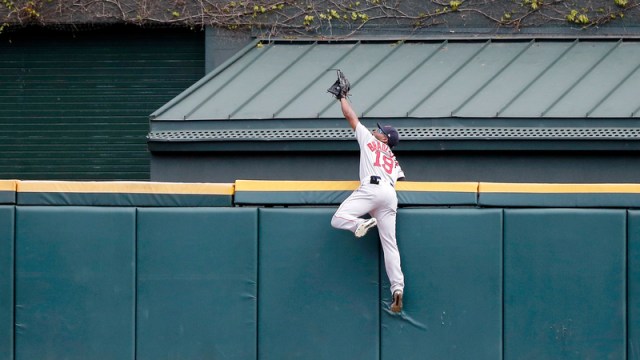 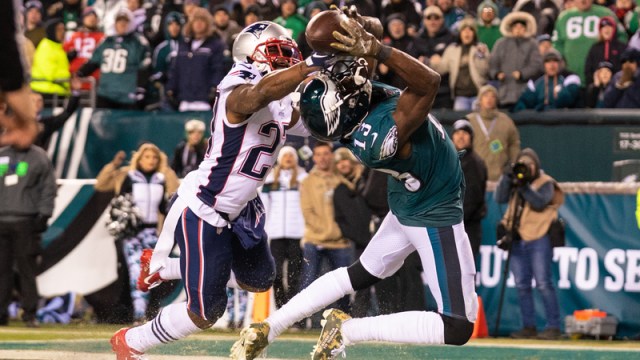