It’s been a busy day for the Boston Red Sox.

In addition to making deals with their arbitration-eligible players, the Red Sox on Friday acquired relief pitcher Austin Brice from the Miami Marlins. Boston sent minor league shortstop Angeudis Santos to Miami in return, while also designating Marco Hernandez for assignment in order to make room for Brice on the 40-man roster.

Brice was in his second stint with the Marlins, spending time with the Cincinnati Reds as well during his career. His best season was this past year, when he posted a 3.43 ERA over 36 appearances (44 2/3 innings) with 46 strikeouts. The 27-year-old righty had been DFA’d by the Marlins earlier in the week.

Hernandez was non-tendered by the Red Sox earlier in the offseason, but then re-signed with Boston a few days later. He showed nice flashes during the 2019 season, but when becoming an everyday player in September with the Red Sox out of postseason contention, he struggled mightily. 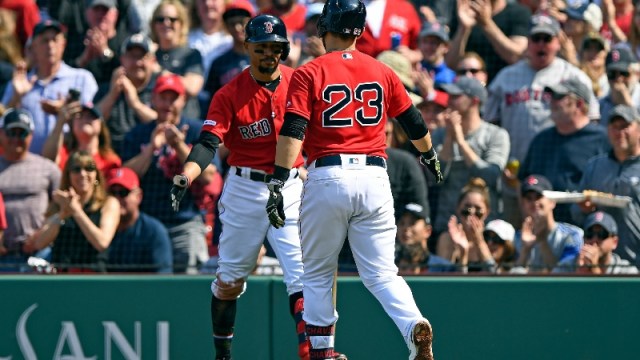