The Boston Red Sox owner, seated alongside team chairman Tom Werner and president/CEO Sam Kennedy. addressed assembled media at JetBlue Park in Fort Myers, Fla. And, as expected, the trade that sent Mookie Betts and David Price to the Los Angeles Dodgers was a popular topic.

Henry began the press conference by reading a lengthy statement. You can read it for yourself below:

This morning, before answering your questions I would like to begin by addressing Red Sox fans directly about this offseason. We are used to challenging offseasons, but this one has been particularly challenging.

So let me begin by saying that while they?ve been presented with extraordinary challenges this off-season, those of us sitting here today know that our baseball operations department under Chaim and Brian?s leadership has handled these challenges extremely well. We are confident and optimistic while at the same time cognizant of how all of these challenges affect you, Red Sox fans. We feel responsible to face whatever challenges arise in a way so as to protect the organization and move forward for the long-term whether it?s on the field or off.

Before Tom, Sam or I ever dreamed of owning a major league baseball club, we were baseball fans, like you. I grew up a fan of the St. Louis Cardinals. My favorite player was Stan Musial. My heart would have broken if Stan the Man had ever been traded ? for any reason. Your parents or your grandparents surely felt the same way about Ted Williams and Yaz.

So, on one level, when I say I understand how many of you feel about this trade with the Dodgers, I know many of you ? particularly our youngest fans ? are disbelieving or angry or sad about it. I know it?s difficult and disappointing.

Some of you no doubt felt the same way in 2004 when we traded Nomar, who like Mookie was a hugely popular, homegrown player. All of us in the organization hoped we could avoid ever having to go through something like that again. But most clubs face similar dilemmas from time to time. I understand there is probably little I can say today that will change how you feel about this, but it is my responsibility to try. The baseball organizations we compete against have become much more strategic and thoughtful about how and where they spend their resources in their quest for titles. We cannot shy away from tough decisions required to aggressively compete for World Series. That is what led to this trade.

Free agency plays into many decisions clubs like ours have to make. Today?s players spend years in the minor and major leagues earning the right to be paid in a free market, earning the right to make choices. They make significant sacrifices to get there and they deserve what they receive.

Clubs also have choices to make as well in this economic system.

It?s a system that has a few imbalances as all economic systems do, but it is a system overall that has led to labor peace and an amazing market for our best players. It is not the system?s fault that the Red Sox ended up in this position. We were faced with a difficult choice. You can talk about dollars. You can talk about metrics and value. But in the end, even though we are consistently among the highest spending clubs in baseball – with this year being no exception – we have to make hard judgments about competing for the future as well as the present.

Over the last two decades in winning four titles, along the way we lost not only Nomar, but Pedro and Jacoby and Jon and Manny among others. We no longer live in the Musial or Williams era. Players have rights they should have had when Stan and Ted played. Those two great players were victims of an unfair system ? one that gave them no choice but to stay put. At one point, Stan thought about going to Mexico in order to be paid his value. He was offered $175,000 over 5 years in the Mexican League when he was making $13,500 a year. The Cardinal owner went to Mexico to stop it.

In today?s game there is a cost to losing a great player to free agency ? one that cannot nearly be made up by the draft pick given. We?ve seen examples of this recently.

We at the Red Sox will remember this as one of the toughest, one of the most difficult, decisions we have ever had to make. We too love the young man, the great, great smile, the huge heart and the seemingly boundless talent he displayed here.

We felt we could not sit on our hands and lose him next offseason without getting value in return to help us on our path forward. We carefully considered the alternative over the last year and made a decision when this opportunity presented itself to acquire substantial, young talent for the years ahead.

And you can watch the front office’s full press conference in the video below:

In case you missed it, Betts thanked the Red Sox and their fans in a video shared Monday morning.

The Red Sox on Monday also held their first full-squad workout of the spring. Their first Grapefruit League game is scheduled for Saturday against the Tampa Bay Rays. 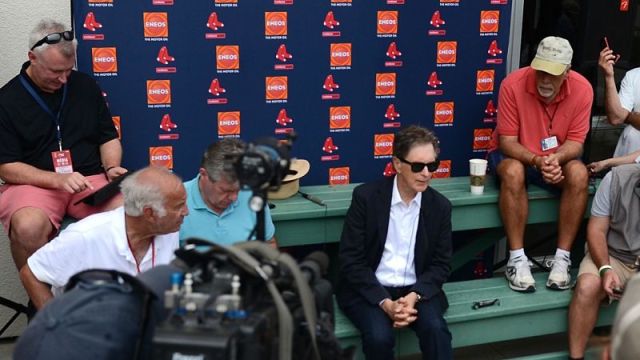 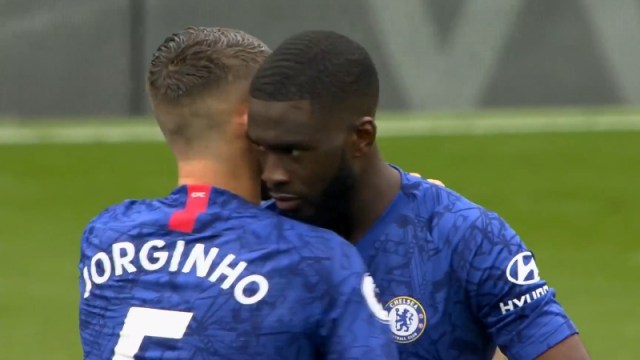