Three members of the 2019 New England Patriots were named among the highest ranked free agents this offseason.

Tom Brady
The 42-year-old quarterback was No. 3 on the list behind a pair of fellow signal callers in Drew Brees and Dak Prescott.

Brady will become a free agent for the first time in his career on March 18. Rumors have swirled as to what teams are interested, specifically, the Los Angeles Chargers, Tennessee Titans, Oakland Raiders and the Patriots.

“He finished the year with a 79.0 overall grade and the second half of the season was a struggle as Brady ranked just 27th in positively graded throws. That’s a number that can increase with an improved supporting cast, and Brady’s No. 12 ranking shows that he’s still capable of quality production, but he appears to be past the point of elevating any group of playmakers to one of the best offenses in the league.”

Devin McCourty
The 33-year-old safety ranks No. 23 on the top 25 list, with “the only thing keeping McCourty from being higher on the list is age,” according to PFF.

McCourty, one of only three safeties listed, is coming off a strong season with five interceptions for one of the league’s best defenses.

“While McCourty has dabbled in multiple roles playing closer to the line of scrimmage or covering tight ends, he’s at his best as a deep free safety where he will rarely bust coverages and frequently take advantage of quarterback mistakes when presented.”

Joe Thuney
The Patriots’ best offensive lineman in 2019 ranks No. 24 on the list. He’s one of four offensive linemen included and the second-ranked guard to earn the recognition.

The 27-year-old Thuney just finished the final year of his rookie contract and certainly could cash in this offseason.

“It’s been a story of continuous improvement for Thuney since entering the league in 2016, and he finished the 2019 regular season with the No. 5 overall grade among guards (77.4)… He’s developed nicely into one of the best all-around guards in the league.”

Now, we’ll have to wait and see where these three free agents, among many others, end up this March. 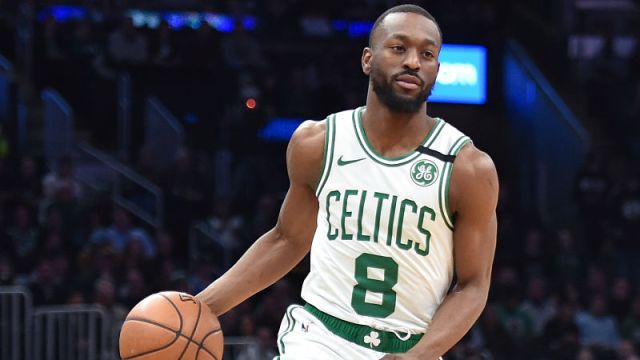