With Jarrett Stidham On Board, Why Would Patriots Draft A Quarterback? - NESN.com Skip to content

Now that Super Bowl LIV is over and done with, it is officially mock draft season.

Some of the latest mocks have the New England Patriots taking a quarterback, which has us making that Britney Spears GIF face. If the Patriots retain quarterback Tom Brady, which pretty much everyone agrees is the most likely conclusion to this offseason saga, then that’s a waste of a first-round pick — in the present — for a team that should be building to win now. And if Brady leaves, then what happens? The Patriots draft a quarterback in the first round, add a guaranteed veteran starter and continue to develop Jarrett Stidham?

I mean, maybe. But that’s a lot of quarterbacks and the main reason it seems kind of pointless is that none of the signal-callers we’re talking about the Patriots drafting — Utah State’s Jordan Love, Georgia’s Jake Fromm and Washington’s Jacob Eason, for instance — are guaranteed to be better than Stidham.

In fact, one scout we talked to said there’s “no way” Love is considerably better than Stidham after watching the 2020 draft prospect at the 2020 Senior Bowl. So, the Patriots are going to spend a first-round pick on a quarterback who’s no guarantee to be better than the guy they selected in the fourth round in 2019? Are we taking crazy pills?

Fromm has earned that “safe” label coming out of the draft. Eason is the inexperienced guy with a big arm who never seem to work out. Not all Jakes are the same, OK?

If the Patriots can get Alabama’s Tua Tagovailoa or Oregon Justin Herbert, then sure, but they’ll probably be gone by the time the Patriots are picking 23rd overall. Reaching for Love or one of the Jakes just to get that oh-so-valuable fifth-year option seems unwise.

The Patriots potentially could select a quarterback like Oklahoma’s Jalen Hurts later in the draft regardless of what Brady decides. Hurts is a guy with some upside and experience who could generate some creativity out of an offensive coordinator like Josh McDaniels, either by using him like Lamar Jackson or as a part-time player like Taysom Hill.

Otherwise, just see what you have in Stidham. He was really, really good as a rookie last summer, and Patriots head coach Bill Belichick said he improved throughout the season.

Stidham’s advanced numbers, per Pro Football Focus, also were better than Garoppolo and Brissett’s as rookies. Here are Stidham’s accuracy rate/PFF passer rating, which accounts for drops, throwaways, spikes and yards in the air.

Preseason numbers are certainly an imperfect gauge, but when Stidham was also impressive throughout training camp It wasn’t a shock when bee shined in exhibition games.

The young QB also has room to grow. He was not viewed as a complete product coming out of Auburn, where he struggled in his final season. It was genuinely surprising to see how good he was as a rookie last summer.

It’s smart to throw a bunch of quarterbacks at the wall and see which ones stick. Grabbing a QB in the first round as a win-now team with other glaring needs seems, uh, not so smart, though.

Stidham is just as good as that second tier of quarterback prospects. The Patriots might as well wait in the draft if they truly want to give him some competition this summer. 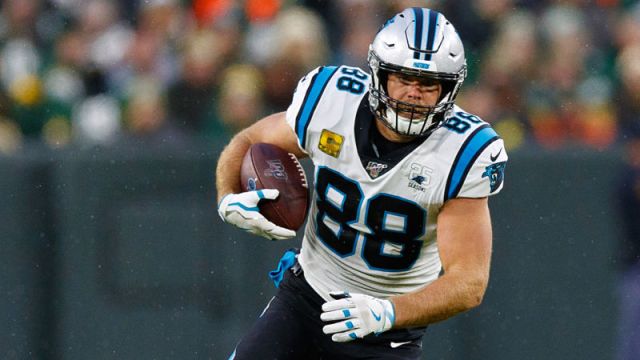 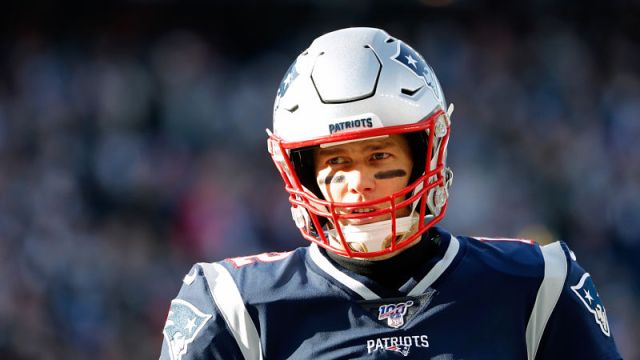