Given the magnitude of what Tom Brady announced Tuesday, you were bound to see and hear from some morons — social distancing be damned.

Brady revealed he will leave the New England Patriots in free agency. Team owner Robert Kraft went on the offensive shortly after the announcement, claiming Brady ultimately wanted to leave New England. However, some reports indicate the Patriots never made an offer to the greatest quarterback in NFL history.

Consequently, some Patriots fans put the blame squarely on Kraft, with at least one doing so in disturbing fashion.

Check out this photo from outside Brady’s TB12 facility in downtown Boston:

Someone has left flowers outside Tom Brady's Performance & Recovery Center on Bolyston Street.

Also, this guy is here… pic.twitter.com/Il4rXeX4Hr

The flowers were a nice touch, but they were overshadowed by the “Drop dead Kraft” sign.

And here’s how things looked at the TB12 facility outside Gillette Stadium:

The focus now turns toward where Brady will play in 2020.

The Tampa Bay Buccaneers and Los Angeles Chargers are considered the frontrunners for Brady. Though, the Miami Dolphins reportedly should not be ruled out of the sweepstakes.

NFL free agency is scheduled to begin at 4 p.m. ET. on Wednesday. 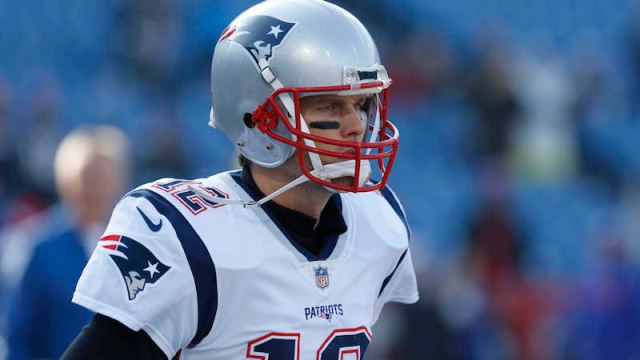