In a surprise move, the New England Patriots on Monday placed the franchise tag on left guard Joe Thuney.

Thuney’s agent, Mike McCartney, confirmed the transaction, which first was reported by Jim McBride of The Boston Globe.

The tag, which will pay Thuney $14.781 million for the 2020 season, allows the Patriots to either retain one of the best guards in the NFL or trade him and receive compensation rather than allowing him to walk in free agency.

Thuney, 27, has started every game since the Patriots drafted him in the third round in 2016. He earned second-team All-Pro honors in 2019 after playing a team-high 99.2 percent of New England’s offensive snaps and would have been the top guard available on the free agent market.

It’s unclear what the Patriots could fetch in a Thuney trade, but the negotiating floor likely would be a third-round draft pick, as they would have been projected to receive a third-round compensatory selection had Thuney signed elsewhere as a free agent.

The Patriots already were dedicating significant resources to the guard position after signing Shaq Mason to a five-year, $50 million extension in 2018. Mason, the team’s starting right guard since 2016, is set to carry a salary cap hit of $8.7 million this season.

The Thuney move was the third major transaction made by New England ahead of free agency, which officially opens at 4 p.m. ET on Wednesday. Over the weekend, they re-signed longtime captains Matthew Slater and Devin McCourty on two-year contracts. 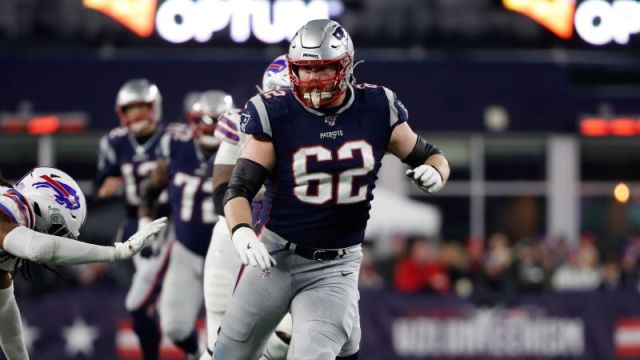 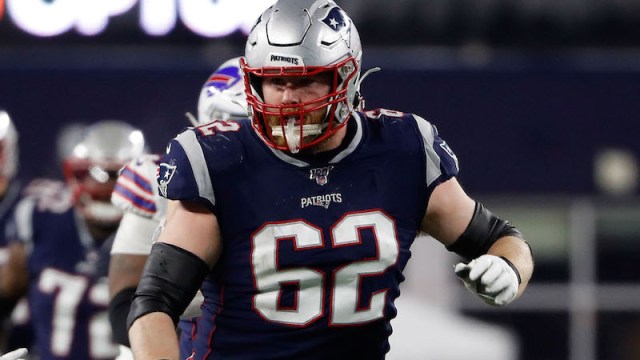