Editor’s note: Starting Tuesday, March 24, NESN will re-air memorable games from the Boston Bruins’ Stanley Cup run. Up next is Game 1 of the 2011 Stanley Cup final against the Vancouver Canucks. See the full schedule by clicking here.

The Boston Bruins, though hardly due to a lack of effort, didn’t put themselves in the best spot for success early on in the 2011 Stanley Cup Final.

Boston dropped the first two games of the best-of-seven series with the Vancouver Canucks, beginning with a gut-wrenching loss at Rogers Centre in Game 1.

Raffi Torres broke a scoreless tie with 18.5 seconds left in regulation to give the Canucks the victory in the opener in a game that was as physical as it was memorable.

Here are five things you might have forgotten about Game 1, which viewers can watch at 8:30 p.m. ET on Tuesday night on NESN.

1. The game-winning goal was scored by the only guy on either team that had prior SCF experience
Of all the guys on either side, the only player that had any sort of Stanley Cup Final experience was Torres, who also appeared in the championship with the Edmonton Oilers in 2006.

And experience matters (we say that half-jokingly), so it was only fitting that Torres was the on the receiving end of Jannik Hansen’s pass with just seconds left in the game to give Vancouver the victory.

2. It was the Alex Burrows bite game
Ah, the bite game.

During a scrum at the end of the first period, Burrows got tangled up with Patrice Bergeron, and as an official separated the two, Burrows took it upon himself to bite down on Bergeron’s finger, which was near him because they were pinned along the glass.

And because of that…

3. The often diplomatic Patrice Bergeron was not happy about said biting
Bergeron is as true a pro as they come, and very rarely one to call someone out after the game. And though he didn’t exactly shred Burrows, he clearly was not happy with him.

“I don’t mind the rough play and those scrums at the end, as long as it’s just pushing and shoving and all that,” Bergeron said, via The AP. “But biting? I mean, come on.”

4. There were a bunch of penalties
Burrows’ misstep was far from the only one on either side — though no one else’s were quite as egregious.

The teams combined for 13 penalties, good for 28 minutes spent in the box. All of the penalties took place in the first two periods, though, as things tidied up and allowed the referees to swallow the whistle in the third.

5. Vancouver suffered a notable injury
It probably isn’t too strong to say that losing Dan Hamhuis was a series-altering subtraction for the Canucks.

He left during the second period after a collision with Milan Lucic and ultimately missed the rest of the series. It was Hamhuis’ absence that resulted in former Bruin Andrew Alberts drawing into the lineup.

Home With NESN: Check Out What Items Dennis Eckersley, Others Stocked Up On 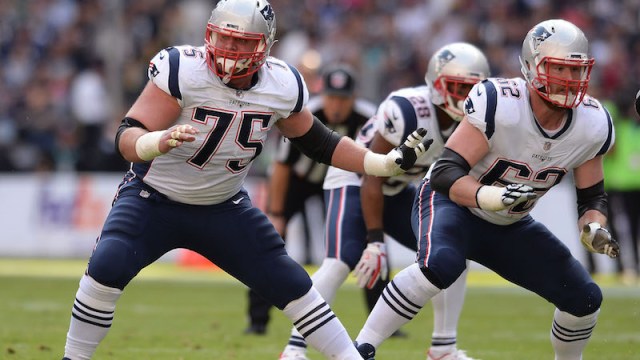 Where Could Patriots Double-Dip In 2020 NFL Draft? (And Should They?)