How Patriots Have Silently Committed To N'Keal Harry This Offseason - NESN.com Skip to content

Much has been made of the Patriots committing to Jarrett Stidham as their starting quarterback moving forward by passing on every available QB other than Brian Hoyer. The team has made a similar silent declaration about wide receiver N’Keal Harry.

The Patriots let Phillip Dorsett walk in free agency and have only added Damiere Byrd, Marqise Lee and four undrafted free agents at wide receiver. It would be shocking if Harry isn’t a starter next season.

And Bill Belichick wasn’t quite so silent about committing to Harry after the 2020 NFL Draft.

When asked about electing not to select a wide receiver in an absolutely loaded draft class, the Patriots head coach addressed Harry by name.

“We’ll see how all that goes,” Belichick said. “I’m sure all our young players will improve in year two. Got a first-round pick on N’Keal last year, second-round pick on (Mohamed) Sanu. That was really off this draft. Obviously have Julian (Edelman) and a number of other young players. I think that will be a very good group. There’s a lot of different ways and times to build your team. The draft is one of them. As I mentioned, whether it’s Sanu or free agents signing like (Damiere) Byrd, whatever the case might be, there’s multiple ways to build your roster, and this is one of them.”

Here’s the way the Patriots’ wide receiver depth chart currently stacks up from the top down:

The Patriots had limited salary cap space this offseason, but they could have found a way — if they believed it was necessary — to add a starting-caliber wide receiver in free agency. They didn’t.

The Patriots used five selections on the first two days of the NFL Draft and passed on every available wide receiver. They could have had Brandon Aiyuk, Tee Higgins, Michael Pittman Jr., Laviska Shenault, K.J. Hamler, Chase Claypool, Van Jefferson, Denzel Mims, Bryan Edwards … you get it.

They passed and passed and passed and kept on passing. It feels significant that Belichick drove the point home that Harry was last year’s first-round pick in his post-draft conference call. Expectations are high for the Arizona State product after he caught 12 passes for 105 yards with two touchdowns and rushed five times for 49 yards in seven games last season. He added the most N’Keal Harry stat line possible in the playoffs, catching two passes for 21 yards and carrying the ball once for 7 yards.

After Harry received just two offensive snaps in a losing effort to the Kansas City Chiefs in Week 14 last season, we banged the table and clamored for the rookie to get more snaps. The Patriots seemingly agreed. But Harry didn’t do too much with them, catching just seven passes for 65 yards with a touchdown and carrying the ball five times for 49 yards in the Patriots’ final three games, when he was on the field for over half of the offensive snaps.

Former Patriots quarterback Tom Brady probably doesn’t deserve to have a single negative word spoken about him in New England after he won six Super Bowl titles. If there’s a complaint, it’s that, as he grew older, his patience with young wide receivers seemingly dwindled.

Brady acknowledged as much in his offseason interview with Howard Stern. He said, in no uncertain terms, that he would tell Belichick that he wouldn’t target a wide receiver if he couldn’t trust him.

Harry didn’t warrant a ton of trust last season after missing the first nine games with a knee injury and producing middling results after returning. But clearly it would be insane to simply give up on the wide receiver and move on. The Patriots, so far, are doing the exact opposite. And unless something unforeseen like a massive trade occurs in the next few months, then the Patriots are going all-in on their young wide receiver as a Week 1 starter.

Time will tell if it’s the smart move, but there is reason to believe that Stidham and Harry already have a better connection than the young wideout and the preceding Patriots QB. Stidham and Harry took part in countless rookie walk-throughs last season even while Harry was on injured reserve. They — and Meyers — will be emerging as starters in the same season.

Brady, meanwhile, had 19 years of experience and lessening patience before Harry came along. Stidham, Harry and Meyers could grow together much like Brady did with wide receivers like Deion Branch and David Givens.

It was a calculated risk for the Patriots to skip drafting so many talented wideouts in the 2020 class. But it shows that they like what they have in Harry, Meyers, Sanu, Edelman and possibly even players like Byrd and Olszewski. Harry has the most potential. Now we’ll see if opportunity, plus a new quarterback, will allow him to live up to it. 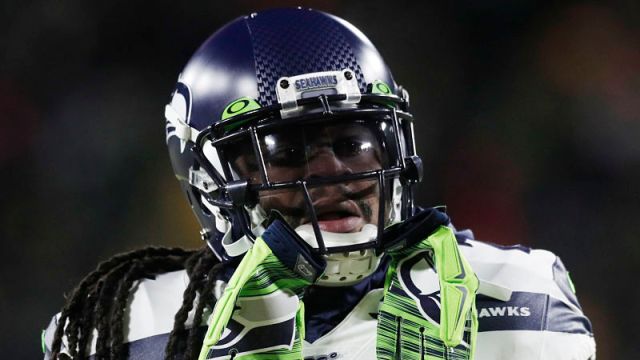