Why Patriots Rookie Dalton Keene Should Be Quick Learner In New England - NESN.com Skip to content

If you flipped on one of Virginia Tech’s games over the past three seasons, you’d be liable to find New England Patriots third-round draft pick Dalton Keene lined up anywhere and everywhere in the Hokies’ offense.

Keene was officially listed as a tight end on Virginia Tech’s roster, but “utility man” or “offensive weapon” would have been a more accurate description of Keene’s role. As one of the Hokies’ tight ends/H-backs, Keene played tight end (both inline and as a flex), H-back, fullback, wide receiver, slot receiver and even running back.

Skeptical? Keene is circled in white in all of these screenshots. Still, he faces a steep learning curve as he takes his game to the next level. But if anyone can handle it, it’s the former Virginia Tech tight end. Patriots head coach Bill Belichick acknowledged the transition Keene has to make in his conference call after the 2020 NFL Draft.

“When you watch Dalton play, you just don’t see a lot of things that we do,” Belichick said. “The Virginia Tech offense didn’t really translate too much to a New England Patriot offense.”

This won’t be the first time Keene will essentially need to change positions on a new team. He mostly played running back and linebacker at Chatfield (Colo.) High School, but Virginia Tech head coach Justin Fuente envisioned him for the Hokies’ ultra-important H-back position.

“He was starting three practices in,” Fuente told NESN.com on the phone this week.

“He just picked it up right away. For us, the H-back or tight end position is the most difficult from a mental standpoint next to quarterback.”

That’s because the H-back is forced to play such a versatile role blocking, catching, carrying the ball and even reading the defense. Keene handled it all right away, starting 12 of 13 games as an 18-year-old freshman.

?He?s an incredible person,” Fuente said. “He?s one of the hardest workers I?ve ever seen in my life. A lot of people work hard for one day or one week or a month, but this guy does it every single day. He just has a fanatical aptitude for training and great toughness in the game. A real competitor. All of that, and he?s highly intelligent. Just a really, really sharp guy that — I say all of that. I don?t mean that he doesn?t have talent. He certainly has talent too. But those three things, his work ethic, his toughness, his intelligence stand out the most.?

Keene had limited production at Virginia Tech, catching 59 passes for 748 yards with eight touchdowns in three seasons. But Fuente doesn’t really see it that way.

“Everyone talks about catches, but he did so many things that don?t show up on the stat sheet,” Fuente said.

And that versatility should carry over with the Patriots even if some of his skills need to be refined.

“I think the things you saw him do, which was his blocking, his effort to block, his toughness, ability to make plays with the ball in his hands, and certainly the intent of the offense to get him the ball was impressive,” Belichick said. “They did a lot of things to try to get him the ball one way or another: hand it to him, throw it to him, put him in different locations so that he could run with it or catch it and run with it. That’s what you saw. I’ve already talked to him about that, that it’s going to be a big transition for him in terms of learning our system, being I would say more detailed, more specific on a lot of assignments, particularly in the passing game, learning how to block in close quarters. Again, he shows plenty of ability to do that in size, quickness and so forth. Just he hasn’t done a lot of it.”

Keene is a unique player because he was the most athletic tight end in the 2020 NFL Draft class, but he’s also one of the best and most experienced blockers at the position. Keene’s blocking technique and route running will certainly need to be honed, but if he could pick up seven different positions in his first season at Virginia Tech, then some tweaking — once he arrives in Foxboro — shouldn’t be over his head.

It’s likely Keene will mostly be used as a tight end in New England, but he could still maintain his chess piece versatility, lining up inline, flexed, at H-back, fullback and split out. The Patriots’ tight ends are asked to do a lot. He could even continue carrying the ball with the Patriots. Keene finished his college career with 11 carries for 33 yards. Patriots tight ends have been used as ball carriers out of the backfield in the past.

Keene is one of many high-upside picks the Patriots made in the draft last month. New England certainly surprised some folks when they took Keene, a projected late-round pick, late on Day 2 of the draft. But in an uncertain offseason, smarts are an essential commodity. And Keene has already proven once that picking up new roles and responsibilities won’t be an issue. 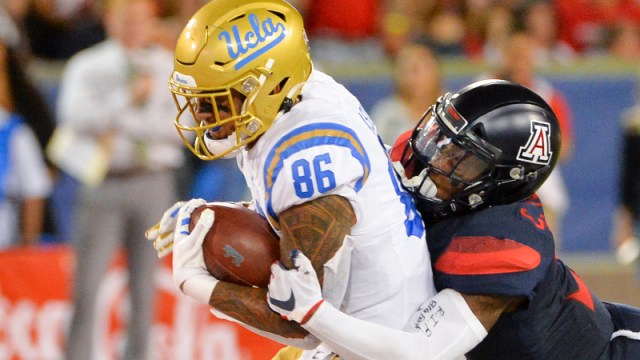 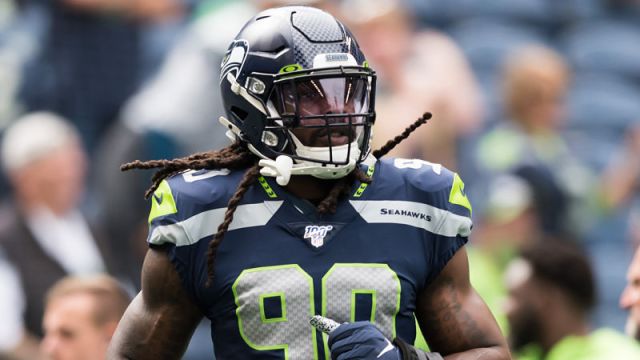