Boston eliminated the Carolina Hurricanes on Wednesday with a 2-1 win in Game 5 at Scotiabank Arena.

There were a slew of penalties in the game with the B’s capitalizing on two of their power plays.

The Bruins move on to the next round of the Stanley Cup Playoffs, while the Hurricanes now shift their focus to the 2020-21 season.

FAST-PACED FIRST
The Canes drew first blood when Sebastian Aho fed the puck to Fleury who sent a rocket from the point that ricocheted off the post, behind Halak and out of the net for 1-0 lead.

The Hurricanes had a chance to go up 2-0 when Charlie McAvoy was sent to the box for hooking with 4:45 left in the first. But the Bruins were able to kill it off despite some good pressure from Carolina.

The teams both were playing a fast, strong game through the first 20 minutes. But it was the Hurricanes who took a 1-0 lead into the second.

POWER PLAY X2
The B’s committed their second penalty of the game just 1:49 into the second period when David Pastrnak was whistled for hooking. But it was killed off and Halak stood on his head after the Canes had tremendous pressure and bodies everywhere.

Pastrnak looked poised to tie the game when he got out of the box for a clean breakaway from behind the red line, but Mrazek made an incredible save to keep Boston off the board.

Bergeron was hooked on a breakaway of his own resulting in the Bruins’ first power play of the afternoon.

Bergeron put a shot on Mrazek from the circle, which was denied. But Krejci was directly in front of the net for the rebound and tied things up at 1-1.

Another power play led to another goal on what ended up being an incredibly smart play by Bergeron in the final seconds of the period.

The center collected Pastrnak’s shot off the end boards after hustling to get there and threw the puck toward Mrazek from a weird angle that ended up going in for Boston’s first lead of the game.

Boston went into the locker room with the one-goal lead and a 13-10 shot advantage.

B’S MOVE ON
The Black and Gold tried to make it three straight power plays with a goal after Warren Foegele went to the box for holding just 44 seconds into the third, but they came up short.

Joakim Nordstrom went off not even a minute after Boston’s power play expired for interference. The Hurricanes, however, were unable to tie the game.

Krejci looked to have found twine for the second time on the power play, but the puck bounced off the cross-bar. Despite some tremendous pressure by Boston, Carolina was able to kill off the Justin Williams penalty.

The Hurricanes really came alive in the final five minutes and made a solid effort to tie things up, but Boston shut them down.

Mrazek was pulled with 2:11 left and there were some scrambles for the puck and some heart-stopping moments, but the Bruins emerged victorious.

UP NEXT
The Bruins now wait for their next opponent. 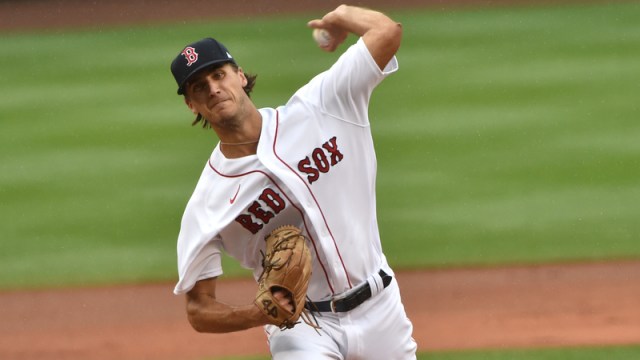 What Led To Kyle Hart’s First-Inning Woes In Red Sox’s Win Vs. Phillies 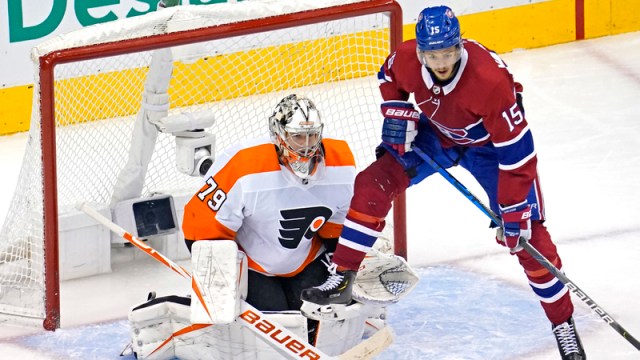