On the surface, the New England Patriots don’t need a running back.

But the Patriots intend to sign veteran running back Lamar Miller as long as he passes his physical, agent Drew Rosenhaus told ESPN’s Adam Schefter.

The Patriots were so deep at running back last season that third-round pick Damien Harris received four total carries as a rookie. So, why Miller? Why now?

First, running back Brandon Bolden elected to opt-out for the 2020 season, dwindling the Patriots’ running back depth. Then the Patriots placed starter Sony Michel on the physically unable to perform list after offseason foot surgery. That left the Patriots with Harris, James White, Rex Burkhead — a constant injury risk — and undrafted free agent J.J. Taylor.

So, what happens if Michel stays on PUP and the Patriots suffer another injury at the position? What happens if Taylor, a 5-foot-5, 185-pound rookie out of Arizona, doesn’t pan out? The Patriots will need a fourth running back. Enter Miller.

And if none of that happens — if Michel comes off of PUP, if no one gets hurt, if Taylor looks like the future third-down back, then no harm, no foul. The Patriots could move on from Miller as they have with so many veteran fliers in the past. All he’s doing is taking up a roster spot, of which the Patriots currently have two open.

This move might come as a bit of a shock because Miller has a recognizable name. He made a Pro Bowl in 2018. His signing does not mean Harris is a bust nor that Michel is more hurt than anyone originally thought. It’s training camp, running backs get beat up, and he’s a nice depth option who was probably available for cheap as he returns from a torn ACL that kept him out all of last season.

Miller carried the ball 210 times for 973 yards with five touchdowns and caught 25 passes for 163 yards with one touchdown in 2018. He’s a complete back who does still have starting potential, depending on how he looks at 29 years old coming off of a knee injury. He has two 1,000-yard seasons to his name, and he’s caught 209 passes in seven seasons. He’s a bigger back at 5-foot-10, 221 pounds, and he’s played the Patriots 12 times in his career split between the Miami Dolphins and Houston Texans.

The Patriots didn’t need Miller, but they had a spot for him, so they might as well see what he can offer with some question marks at the position. 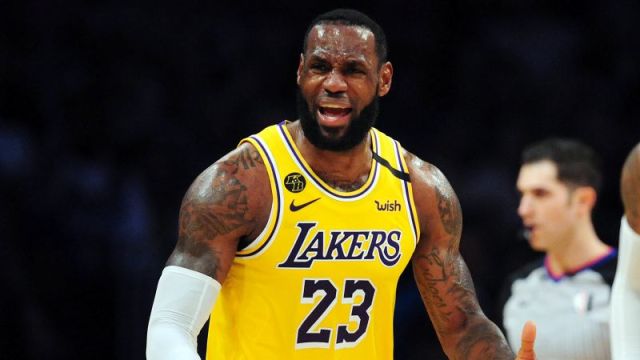