The New England Patriots offense you saw in Week 1 — run-focused, read-option-centric, big on heavy personnel — could look a whole lot different this Sunday.

Though the Patriots had success keeping the ball on the ground in their 21-11 win over the Miami Dolphins, offensive coordinator Josh McDaniels suggested the team might take a different approach against their Week 2 opponent, the Seattle Seahawks.

“It’s more of a function of what we feel like is best to do against the specific opponent that we were playing,” McDaniels said Monday in a video conference. “I know we did some things that we really haven’t done much of around here for a long time — or maybe ever — but I think that’s just a function of using the players that you have to the best of your ability against the opponent and scheme that you’re playing.

“I would say we’re going to be in the same boat that we always are, which is we try to adjust appropriately, change from week to week based on what we feel like gives us the best chance to have success.”

The Patriots’ 42 rushing attempts and 217 rushing yards against Miami were more than they recorded in any game last season. Quarterback Cam Newton — who led all rushers with 15 carries for 75 yards and two touchdowns — attempted just 19 passes, the fewest by a Patriots QB in a full game since third-stringer Jacoby Brissett attempted 19 against the Houston Texans in 2016.

Only one game in the Bill Belichick era featured fewer Patriots pass attempts: a windswept 2008 matchup with the Buffalo Bills during which Matt Cassel threw just eight times.

“I was thinking about this the other day: We’ve been a part of games where we’ve thrown it 65 times,” McDaniels said. “That’s difficult to sustain for a long stretch of time. We’ve had games where we’ve run it an inordinate amount of times. I mean, I’ve called over 50-some runs at different times in my career here. No matter what it is you do one week, you’d better be ready to handle a totally different challenge the next week.

“And I would say there’s probably not a greater discrepancy between two different types of defenses than the two that we’re playing here to start the season. So I know we saw some new things (in Week 1). Again, it’s a function of what we felt like we could do best against Miami. Now we’re working hard to figure out what’s going to be in that bucket here for Sunday night against Seattle.”

The Seahawks, who favor a Cover 3 scheme, allowed 450 passing yards to Matt Ryan on Sunday in a 38-25 win over the Atlanta Falcons, though many of those came while Seattle was up big in the second half.

If the Patriots plan to utilize a more air-based attack this Sunday night, they’ll need better production from pass-catchers not named Julian Edelman.

Edelman caught five passes on seven targets for a team-high 57 yards against the Dolphins (and added a key 23-yard run on an end-around) but played only 58 percent of New England’s offensive snaps (37 of 64) after being limited in practice with a knee injury.

N’Keal Harry caught five passes for just 39 yards in 51 snaps (80 percent) and fumbled on the goal line, resulting in a turnover. Damiere Byrd led all Patriots receivers in snaps played (88 percent) but was not targeted, nor was fourth receiver Jakobi Meyers (seven snaps).

One of the Patriots’ rookie tight ends (Devin Asiasi) stayed in to block on nine of his 10 snaps and wasn’t targeted, and the other (Dalton Keene) was inactive with a neck injury. Veteran tight end Ryan Izzo played all but one snap and provided New England’s longest play of the game, a 25-yard reception. It was his lone catch on two targets.

Despite Edelman’s limited snap count, Newton dropped back to pass just three times when the 34-year-old wideout was not on the field (2-for-2 for 24 yards with a 12-yard scramble).

McDaniels also was asked whether he’d like to see Newton’s rushing opportunities decrease. The 31-year-old QB’s 15 carries (one of which was a game-ending kneeldown) were his most in a single game since 2014 and the second-highest total of his NFL career.

“Look, if we’re doing things that are going to put people at risk, then that’s one thing that you’ve got to really consider,” McDaniels said. “But I would say there are certain things — that number (of carries) could have been six (because many were on read-option plays), and it ended up being a little higher. I don’t know that any one thing, if you do it over and over and over, is sustainable in our league. The coaches and the players each week are too good.

“So, like I said, I’ve called 60 passes, and believe me, I don’t want to live in that world too long or you?re going to get in trouble, whether it’s injuries or just the success that you have is going to deteriorate. Or too much of this or that, whatever it is, and you’re going to become very predictable. So the goal is not to put anybody in harm’s way.

“We have a player at that position (in Newton) that certainly can help us, but obviously, we have to be smart about what we’re doing and make sure that we don’t put him in a situation that could hurt our team or himself.”

Newton is coming off back-to-back season-ending injuries and appeared to be favoring his left hamstring as he left the field Sunday. The Patriots could look to limit his exposure against a hard-hitting Seahawks defense led by former New York Jets safety Jamal Adams. 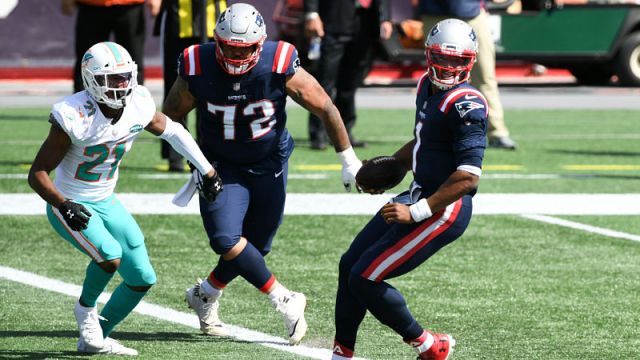 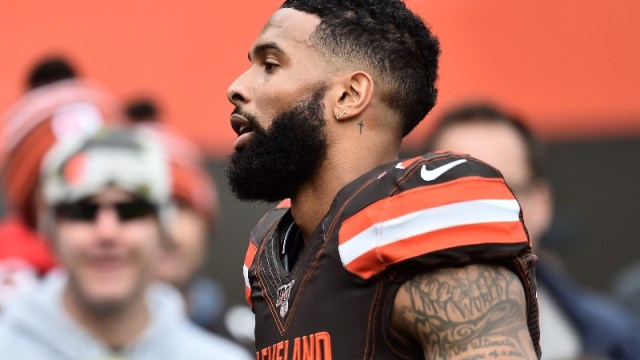