The ball is in the New England Patriots’ court.

The Miami Dolphins, the Patriots’ Week 1 opponent, announced Thursday that they will stay inside the Gillette Stadium road locker room for the playing of “The Star-Spangled Banner,” the United States national anthem, and “Lift Every Voice and Sing,” the Black national anthem.

Patriots defensive captain Devin McCourty was asked Thursday, before the Dolphins released their video, what the Patriots had planned before Sunday’s Week 1 matchup with Miami.

?We?re going to play football,” McCourty said. “We?ll see with everything else. I like the T-shirt idea. I will be supportive wearing a T-shirt as far as that goes.?

We’ll find out Sunday if the Dolphins’ announced plan has altered the Patriots’ course.

@bykylegrondin
Meyers, Gunner or Harry. Which receiver has the best season?
N’Keal Harry, based on opportunity alone. He’s going to be the Patriots’ No. 2 wide receiver behind Julian Edelman, and he doesn’t really have any true competition for that role. If I had to guess, I’d say that Damiere Byrd will be the No. 3 and then Jakobi Meyers and Gunner Olszewski will come off of the bench.

I also think the Patriots will give Harry a long leash given his pedigree as a first-round pick. I still like Meyers’ and Olszewski’s potential, but that starting spot is Harry’s to lose.

@Francisk54
Who?s returning punts and kickoffs a weakness last year for the Pat?s
That’s tough because we didn’t get a great sense of the Patriots’ kick return options in training camp.

The punt return job will probably go to Gunner Olszewski for the second straight year. He looked solid fielding punts in training camp. Rookie safety Kyle Dugger also might be in the mix. he was dangerous in that role at Lenoir-Rhyne.

At kick returner, my best guess is we’ll see Olszewski, Dugger or Byrd back there.

The Patriots went very safe at kick returner in 2019, using Brandon Bolden in the role. Bolden, who opted out for the 2020 season, averaged 22.4 yards on 23 returns. He ranked 12th in average yards among 17 players with at least 10 kick returns. He wasn’t exactly Cordarrelle Patterson, but who is?

@dregb
How many wins does Cam need, for the @Patriots to resign him?
I don’t know if it’s necessarily based on wins. If Cam Newton plays well, and if he continues to be a great fit in the offense and on the team, then I certainly think the Patriots will pursue a contract extension with the 2015 NFL MVP.

The Patriots also have the opportunity to franchise Newton after the season, so maybe they’ll let the experiment ride for another year if the 2020 season goes well.

Obviously, the season has yet to begin, but Newton has been everything the Patriots have asked for as they attempt to replace Tom Brady at quarterback. And Newton gave an interesting answer Thursday about just that.

“I don?t think there?s pressure, it?s just, do your job, and I?m planning on doing mine,” Newton said. “I know on opening day he?s not going to be worried about little old me, and I know on opening day I have other things to be focused on rather than who was here before me. I just know I?ve got to do right by my opportunity that I do get and make the most of them.”

No one is going to forget about Brady. But getting some good seasons out of Newton will lessen the pain some Patriots fans are feeling about Brady leaving.

Less than a week away from the start of the 2020 (bleech) NFL season, I am still struggling with my alternating feelings towards Tom Brady.
Love Tom/Want him to succeed: He gave us 20 years, won six Super Bowls (several were legendary), was a true leader, mensch, and lovely person for about 18.5 of those years. Transformed Boston sports, provided the fans with unbridled joy for so long. Also, I can argue he wanted to stay (I guess) but he didn’t get offered a long term contract with substantial compensation (I guess) and he wasn’t provided a strong receiving corps.
Angry at Tom/Can’t root for him: We got rid of Jimmy (long term plan) for Tom but Tom still left us, he acted horrible and miserable all last season, and left on a sour note, and the way he is embracing and fawning all over the Bucs is making me want to vomit (I know he should do this – I just hate it). I am totally devastated and shocked he is playing for another team. Can’t get over it.

The rational argument is to support Tom and want him to succeed? but emotions aren’t letting me. Can you provide insight/advice as to how to root for Tom and enjoy this whatever it is NFL season?

Thanks,
Allana
P.S. The therapy is clearly not helping?
I am embracing my role as an advice columnist here.

I think the best way to handle it is to ignore Brady and the Tampa Bay Buccaneers as much as possible. I know that might be difficult since their games don’t interfere with the Patriots, and they have plenty of coverage on national TV.

Maybe by the end of the season, you’ll embrace the Buccaneers as your NFC team. But early on, just focus on the Patriots, Newton, the veteran players who have been here for years, and the young players and the progress they’ll make this season.

Don’t think of it is so much as a breakup with Brady as it is a break. You know Brady will be back around the Patriots when his career is over. So, give him some time. It’s just like Rachel and Ross from “Friends.”

It’s basically my job to sit on Twitter all day, and I feel like I don’t see a lot about Brady and Rob Gronkowski these days.

@JMM_Consultant
Do you think this will last? The NBA pulled it off (so far) with a bubble. NFL is just relying on players to act responsibly. Is it sustainable?
I’m pretty shocked at how well the NFL has done to avoid positive COVID-19 cases. Maybe travel will complicate matters, but teams just have to make sure players are staying responsible and vigilant.

I’m optimistic for the NFL season after seeing how well training camp went. I can’t foresee the Patriots being a problem. They’re taking things seriously, and Massachusetts has one of the lowest positive COVID rates in the country.

I could potentially see an outbreak occurring on a team in an area with a higher concentration of positive cases, however, especially if that team falls out of playoff contention.

@PatsMemdotcom
Doug have the Patriots determined who they will use in replacing Marcus Cannon at right tackle? Do they plan on rotating a number of players throughout the game?
Jermaine Eluemunor is listed at right tackle on the Patriots’ unofficial depth chart, and that’s who is expected to start in Week 1.

We’ll probably see more of a rotation than usual across the board in Week 1. These guys didn’t take a single preseason snap. So, that could mean players who usually play 100 percent of snaps, like the offensive line and certain linebackers, wide receivers and defensive backs, could receive a series or two off.

@Pats62
-Do you think the Opts outs could actually be a good thing?
-makes the Rookies have to play, thrown right into the fire.
Not for the overall success of the 2020 Patriots, but perhaps with an eye toward the future.

And it will be pretty entertaining to see how quickly young Patriots players filling in for opt-outs, like Eluemunor, running back Damien Harris, tight ends Devin Asiasi and Dalton Keene, linebackers Josh Uche and Anfernee Jennings and safeties Joejuan Williams and Kyle Dugger can acclimate.

Maybe there is a youth movement coming on the Patriots’ roster thanks to the opt-outs.

It’s one thing to play, though. Now they have to play well.

@masonFLD
Can you rank these options in what you believe will happen?
1. Pats re-sign Gilmore on team-friendly deal before March 2022
2. Reach mass extension for him before March 2022
3. Pats trade him before 2021 deadline and get picks
4. Pats let him walk and get 3rd comp pick #MailDoug
I would rank those: 2, 3, 1, 4.

I haven’t heard about any specific contract issues with Gilmore, but I find it hard to believe that he would be willing to play out his contract or sign to a team-friendly deal when other cornerbacks are making so much more money.

He deserves a raise, and the Patriots have cap space.

@Munkeytalks
Are you excited for some FOOTBALL?!!!!!
Yes!

@neteamen22
Patriots first snap of the season, run or throw? If run who gets the ball?
Run to Sony Michel.

@PoetryintheSand
Will a Pat TE have a TD this year?
Yes. More than last year.

Hungo Bungo
Favorite song from the 90s?
This might be the most difficult question in mailbag history.

The most played songs from the 1990s in my library are Green Day’s “Scattered” and the Ramones’ “Poison Heart.” Those are great songs, but I wouldn’t say they’re my all-time favorites, just recent favorites.

I immediately thought of Blink-182, Rancid and Saves The Day when I saw this question. It would be easier to say every single song off of “…And Out Come The Wolves,” “Dude Ranch” and “Through Being Cool” than to name just one.

Steve Earle’s “Hard-core Troubadour” is a great one. The Gin Blossom’s “Hey Jealousy” is one of my favorite popular songs of the decade. American Football’s “Never Meant” and The Get Up Kids’ “Forgive and Forget” are really good. “Hallelujah” by Jeff Buckley is fantastic.

@mailliam18
Why are the pats working out so many punters and long snappers?
They need emergency options because of the pandemic.

@neteamen22
If Patriots didn?t draft Tom Brady in your opinion where is he right now?
Still mashing dingers for the Montreal Expos, who stayed up in Canada and never moved to Washington D.C. 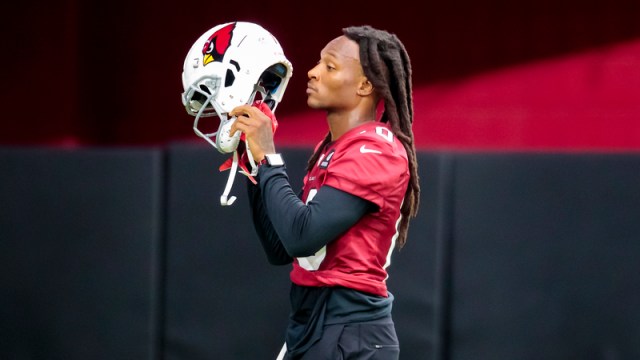 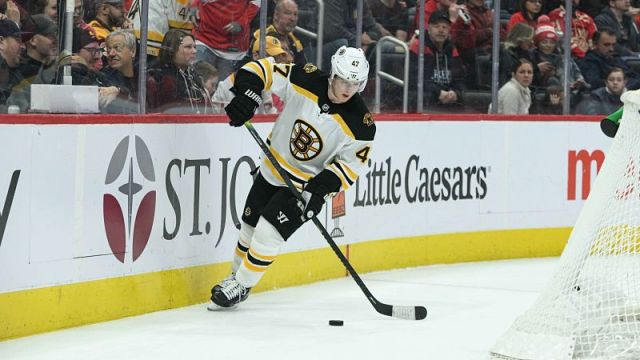