The Le’Veon Bell era lasted just over a full season in New York after the Jets released the running back Wednesday.

And even though there had been drama between the two sides for a while, head coach Adam Gase still said it was a “tough call to make.”

“It is what it is. … Our team is moving forward to Miami,” he said, via ESPN. “It’s irrelevant at this point. …But we felt like it was the best (decision) for us.”

Bell played in two games for the Jets this season without a touchdown, but Gase is focused on New York’s Week 6 game against the Miami Dolphins.

“It didn’t work out,” he said. “We’re going to focus on this game right now.” 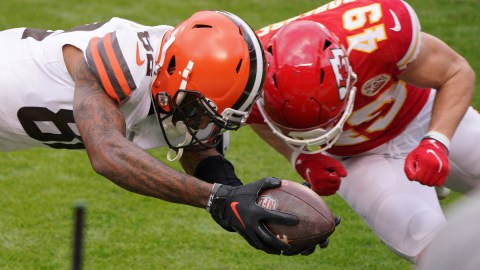