The New England Patriots face a unique dilemma this offseason when many of their key players are set to become unrestricted free agents.

In an ideal world, the Patriots would bring back left guard Joe Thuney, cornerback Jason McCourty, running back James White, defensive tackles Lawrence Guy and Adam Butler, center David Andrews, running back Rex Burkhead and wide receiver Damiere Byrd, among many others. But those free agents would eat up valuable cap space to re-sign, and they’re the same players who have led the Patriots to a 6-9 record this season. To improve, the Patriots must find a way to keep their most valuable free agents while also bringing in more talent to improve the overall roster. Extremely difficult decisions will be made.

The Patriots have an especially tough choice to make on White, a postseason legend, because they already have a good base at running back with Damien Harris, Sony Michel and J.J. Taylor, who showed Monday night in the Patriots’ 38-9 loss to the Buffalo Bills why position coach Ivan Fears called the 5-foot-6, 185-pound undrafted rookie a “blur” when he plants his foot and heads north.

Taylor ripped off a 28-yard run in the second quarter, and he was already past the first two levels of Buffalo’s defense before anyone really knew what had hit them. By that point, he had gained steam and easily broke two tackles before being brought down inside the red zone. Taylor ran for 3 yards on the Patriots’ next play before quarterback Cam Newton finished off the drive with a 9-yard scramble for a touchdown. It was the Patriots’ only touchdown of the game.

Taylor’s 28-yarder came one play after a 21-yard gain by Michel, who also had a 29-yard run in the first quarter. If the Patriots had been able to stay committed to their run game, Monday night’s result could have been different. They had to abandon it once down 24-9, however.

The Patriots have a pretty good idea that Harris, Michel and Taylor can all run with the ball. But if they don’t re-sign White, then they’ll need a dependable pass-catcher out of the backfield. That could be Taylor. Fears also complimented Taylor’s pass-catching abilities last week. The rookie only has one 4-yard catch all season but hauled in 62 passes for 487 yards with two touchdowns in college at Arizona.

The Patriots essentially have had a never-ending stream of pass-catching running backs since Bill Belichick took over as head coach in 2000. The direct line goes from Kevin Faulk to Shane Vereen to James White, but Danny Woodhead was sprinkled in between the Faulk and Vereen eras and Dion Lewis earned work early in White’s tenure before giving way to Burkhead.

Faulk, like Woodhead, Lewis and Burkhead, was a pretty versatile option who only finished with more catches than carries one season in his career. White and Vereen were more pure pass-catchers who specialized in the third-down role.

Taylor is probably more comparable to Lewis and Woodhead than anyone else listed. But it’s entirely possible that the Patriots view him as White’s eventual successor. And given White’s contract status, there’s a possibility that could come as early as next season.

While it’s certainly interesting that Taylor doesn’t have more pass-catching opportunities this season, it doesn’t preclude him from taking over that third-down role. White had just five catches as a rookie before hauling in 40 passes in 2015. Vereen didn’t catch a pass as a rookie and had just eight receptions in his first two seasons before being targeted 69 times in his third season.

Taylor similarly was mostly redshirted as a rookie, playing in five games so far with 23 carries for 110 yards.

As far as pass protection goes, Taylor only has four pass-block snaps this season. But he laid a pretty nice block on Bills defensive end Mario Addison in the third quarter Monday night.

Maybe we’re putting the cart before the horse by putting Taylor in a major role as a second-year player next season. But the Patriots now are in a rebuild, and they need as many young standouts as possible. There’s a lot of value in hitting on undrafted free agents, and Taylor looks like a good find so far.

The undersized rookie has a way of jumping off the screen every time he touches the football. 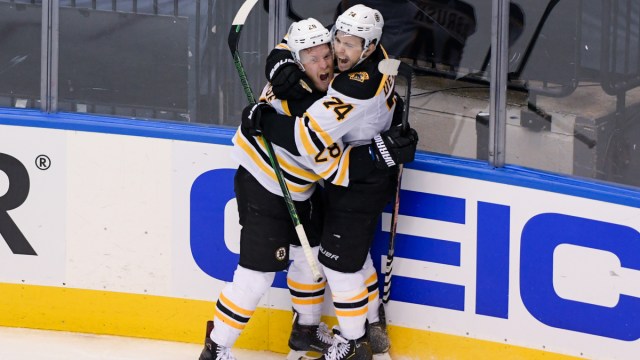 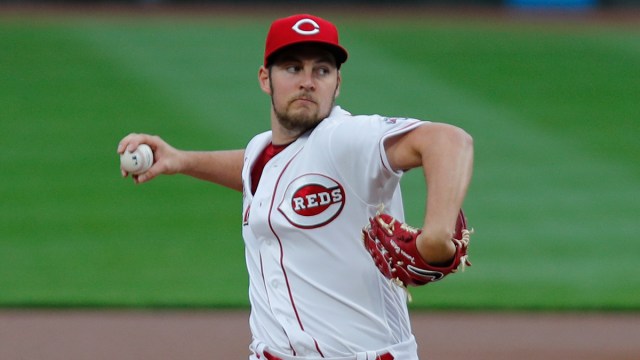