Jack Studnicka had himself quite the Thursday night.

Not only did the Bruins forward score Boston’s first 5-on-5 goal of the season in the third period, it also marked his first tally in his NHL career. Studnicka’s lamp-lighter helped spark a four-goal third en route to a 5-4 shootout win against the Philadelphia Flyers, as well.

The 21-year-old has a few other “first” pucks, but he said Thursday’s “takes the cake.”

But will he add it to his collection? Or will Studnicka do something special with it?

“I’ll probably give it to someone special to me,” he said after the game, “whether that’s my dad or my grandpa, someone like that.”

Is someone cutting onions? 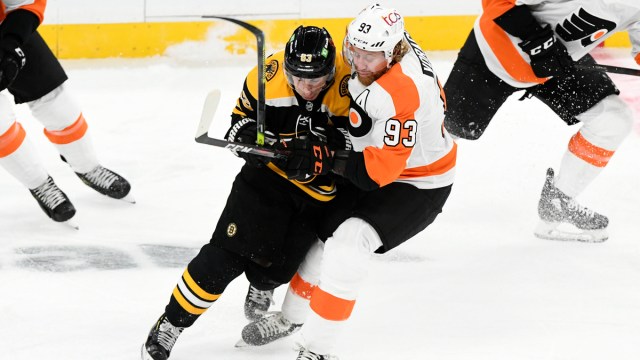 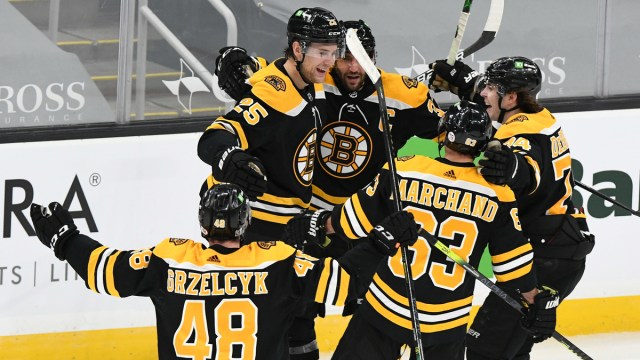