Predicting How Celtics Will Fare During Jayson Tatum's Absence - NESN.com Skip to content

The Boston Celtics have been dealt a tough blow to begin their season.

Jayson Tatum reportedly tested positive for COVID-19. The NBA All-Star, who put together a great start to the 2020 campaign, will miss anywhere from 10 to 14 days.

The bad news doesn’t stop there, though. Multiple players including Jaylen Brown are questionable for Sunday’s game against the Miami Heat due to health and safety protocols. The C’s already were shorthanded with Robert Williams, Grant Williams and Tristan Thompson ruled out for atleast six more days due to protocols. Robert Williams reportedly tested positive for COVID-19 on Friday.

The 7-3 Celtics, who are tied for the league’s second-best winning percentage, have seven games in the next two weeks. Obviously, the hope is that Grant Williams and Thompson will be able to return at the seven day mark (on/around Jan. 15), as they are missing due to be a closing contact to Robert Williams. If Tatum remains asymptomatic, he could return on/around Jan. 19 when his 10 days are up.

Nevertheless, could Boston’s seeding as one of the top teams in the Eastern Conference take a hit? Let’s predict how the next two weeks will go (with Boston’s overall record in parenthesis).

Jan. 10 vs. Miami Heat: Loss (7-4)
The 3-4 Heat have yet to win an away game, but with Boston’s rotation down to eight players we’re not expecting a win over the defending conference champions. After all, the Celtics earned a modest 107-105 victory with a healthy squad Wednesday.

Jan. 12 at Chicago Bulls: Win (8-4)
The 4-6 Bulls have won just one of their four home games this season. As long as Brown’s availability clears up within the next three days, we could envision the small-ball Celtics pulling out a road win in Chicago.

Jan. 13 vs. Orlando Magic: Loss (8-5)
The Southeast-leading Magic have had a fairly impressive start to the season with a 6-3 overall record. Bostons’ front court numbers, however, still will be thin.

Jan. 17 vs. New York Knicks: Win (10-5)
This could be the first game back for Grant Williams and Thompson. If they’re are able to return after the minimum seven-day period, a Tatum-less Celtics squad certainly could defeat the Knicks.

Jan. 20 at Philadelphia 76ers: Loss (10-6)
This is right around the time that Tatum would be eligible to return if he remains asymptomatic. It would 11 days after his positive test. Even if he does, though, perhaps he faces a minutes restriction? Either way, the 76ers are good.

Jan. 22 at Philadelphia 76ers: Win (10-7)
This is another one of those ‘we expect them to split’ situations. We’re also going to assume both Tatum and Robert Williams will be back for this game. Hopefully this will mark the end of the injury-plagued C’s.

Admittedly, starting the 14-day stretch four games above .500 and finishing it three games about .500 would be a welcomed result for Boston. And while some may think it’s a bit too overconfident, the reality is the Celtics benefit from playing teams (Chicago, Orlando, New York) that they have more talent than… maybe even without Tatum. 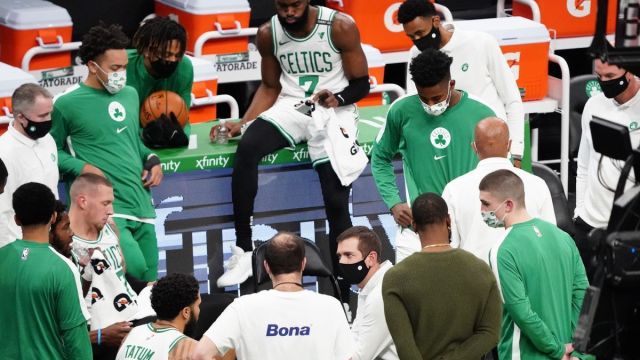 Celtics Depth Chart Vs. Heat, Through Next Stretch Is Laughable 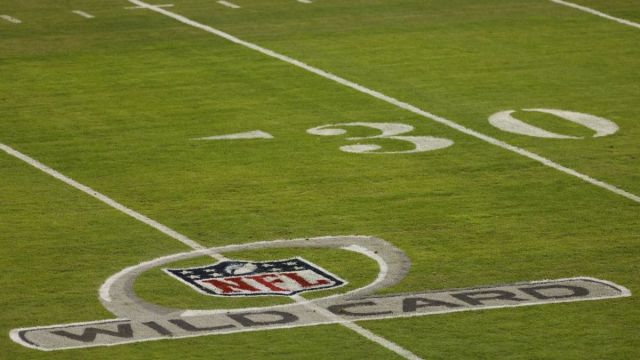 Buccaneers, Washington Is NFL’s First Playoff Game With Female Coaches On Both Teams