Bria Holmes has found a new home in the WNBA.

The 26-year-old guard has a signed a deal with the Los Angeles Sparks, according to the team. It ends her two-year stint with the Connecticut Sun.

“I am truly thankful for this opportunity and to the Sparks for believing in me,” she said. “I’m ready to compete and begin this new chapter with such an iconic organization. I’m looking forward to working with my new teammates, coaches and the entire Sparks family.”

The Sun on Friday thanked Holmes for her time with a simple tweet. 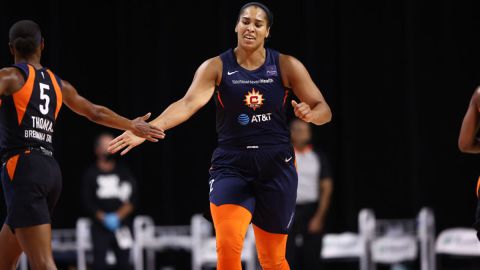