The Boston Bruins were off Friday due to traveling to Lake Tahoe, so Saturday marked the delivery of a highly-anticipated update.

Krejci left Thursday’s loss to the New Jersey Devils with a lower-body injury, and Cassidy didn’t really have an update following the game. The team posted a photo of Jack Studnicka making the trip Friday, which was an indication that Krejci’s availability was in doubt.

Cassidy said Saturday that Krejci is day-to-day and he hopes he’ll return to practice at some point in the upcoming week.

As for Miller, it’s more load management. The veteran defenseman hasn’t missed a game this season, but the team felt it would be better if he effectively got a week off, even if it meant missing out on a cool opportunity.

With Krejci out, Charlie Coyle bumped up to second line center, while Studnicka pivoted the third trio in Saturday’s practice. In the back end, Urho Vaakanainen was on the second defensive pairing with Brandon Carlo, while John Moore and Connor Clifton formed the third duo.

Boston already had ruled out Matt Grzelcyk, Jakub Zboril and Ondrej Kase, none of whom travelled with the team. Philly already had six players ruled out, too.

Puck drop for Bruins-Flyers has been rescheduled for Sunday at 7:30 p.m. ET. 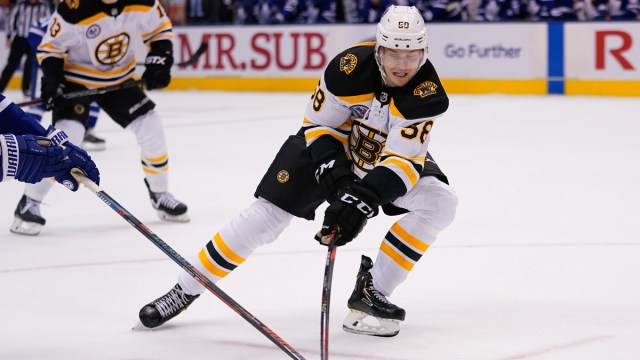 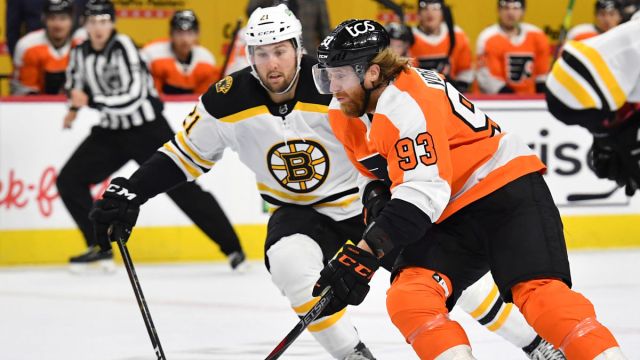