The Bruins and Rangers are set to square off for the second time in three days lines, and the lines will look a bit different than they did Friday night.

Boston enters its Sunday afternoon matchup with New York in desperate need of a get-right game. The Bruins, who have lost four of their last five contests, fell 6-2 on Friday to the Rangers a day after giving up seven goals in a loss to the Islanders.

Head coach Bruce Cassidy will shuffle his lines and pairings for Game No. 2 against the Rangers, moving forward Trent Fredric up from the fourth line to the third unit. He’ll play to the left of Jack Studnicka, with Jake DeBrusk playing on the right side.

As for the defense, Urho Vaakanainen will slide down to the third pairing with Connor Clifton. Vaakanainen did not play well in Friday’s game against New York.

Tuuka rask will be in net for Boston with Alex Georgiev between the pipes for New York.

Here are the projected lines and pairings for Sunday’s noon ET game between the Bruins and Rangers: 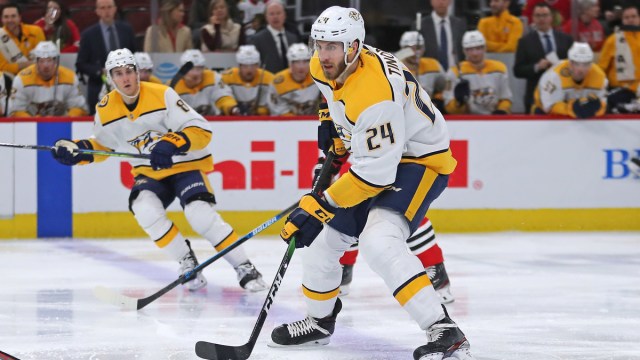 What Bruce Cassidy Thought While David Krejci Dangled Before Goal