Aren’t the New England Patriots usually the team that sits back in free agency, lets other teams hand out big-money contracts and then pounces on undervalued veterans?

Armed with the third-most salary cap space in the NFL, Bill Belichick brought out the blowtorch on the unofficial opening day of free agency, agreeing to terms with seven external free agents within the first eight hours of the league’s legal tampering period. Total contract values: upward of $200 million.

The Patriots also re-signed two of their own Monday, locking up defensive end Deatrich Wise and defensive tackle Carl Davis after doing the same with quarterback Cam Newton and special teamer Justin Bethel last week. (Wise reportedly received a sizable four-year contract worth up to $30 million, including $10 million guaranteed.)

New England’s trades involving offensive tackles Trent Brown (from Las Vegas) and Marcus Cannon (to Houston) can be finalized when the league year officially opens at 4 p.m. ET on Wednesday, as can each of its external FA signings.

Speaking of those signings, here’s a rundown of the seven players the Patriots added during Monday’s whirlwind shop-a-thon (ages as of the start of the 2021 season):

The Patriots’ first signing filled one of their most glaring and obvious holes, as New England has ranked 32nd in receptions by tight ends in each of the two seasons since Rob Gronkowski’s departure. Smith has yet to crack 500 receiving yards in four pro seasons, but he’s athletic, can block and is a weapon with the ball in his hands, ranking in the top five among tight ends in yards after catch per reception in 2019 and 2020. A year ago, Belichick said he “can?t imagine anybody better than (Smith) after the catch.” Smith will take over as TE1 while New England continues to develop 2020 third-round draft picks Devin Asiasi and Dalton Keene.

A familiar face from his four years in Miami, Godchaux led the NFL in run stops (32) in 2019, per Pro Football Focus, while also posting career highs in tackles (75), sacks (two) and QB hits (seven). He’s coming off a torn biceps that ended his 2020 campaign after four games. Godchaux played a significant number of snaps on the nose in Brian Flores’ Dolphins defense, which was a weak spot for New England last season.

Belichick never shells out big money for free agent edge rushers, but he made an exception for Judon, who was a consistently disruptive force over his five seasons with the Baltimore Ravens. A Pro Bowler in 2019 and 2020, he’s totaled 34 1/2 career sacks, 54 tackles for loss and 103 QB hits. Judon, whom the Patriots worked out as a draft prospect out of Grand Valley State in 2016, also is capable in coverage (third-best PFF grade among qualified edge rushers last season) and can hold up against the run. If Josh Uche and Chase Winovich can take steps forward in Years 2 and 3, respectively, and Dont’a Hightower didn’t lose a step during his COVID-19 opt-out, New England’s pass rush could improve exponentially this season.

The ability to play multiple positions is basically a prerequisite for any incoming Patriots defensive back, and versatility is no problem for Mills. He’s listed as a 6-foot, 191-pound cornerback but played all over the secondary during his final season in Philadelphia, logging 329 snaps in the box, 236 at free safety, 227 at wide corner, 182 at slot corner and 39 on the defensive line in 2020, per PFF. Against the Patriots in Super Bowl LII, Mills led the Eagles in tackles with nine and broke up two passes. He reportedly was a favorite of former Eagles defensive coordinator Jim Schwartz, who was on Belichick’s staff in Cleveland in the mid-1990s. No word on whether Mills plans to swap the neon green hair he’s rocked since his rookie year in Philly for a blue/red dye job.

An ex-Eagle who caught nine passes for 84 yards in Super Bowl LII, Agholor comes to New England after successfully reviving his career in Las Vegas. Forced to settle for a veteran minimum deal with the Raiders after a miserable final year in Philadelphia, he teamed up with quarterback Derek Carr to form a dangerous deep-ball duo. Though he continued to have issues with drops (nine in 2020, per PFF, including seven in his final eight games), Agholor ranked second in the NFL in yards per reception (18.7), set a new career high in receiving yards and was able to parlay that production into a richer-than-expected deal with the receiver-needy Patriots. No, he wasn’t one of the top free agents available, but Agholor currently projects as New England’s new No. 1 wideout.

Another wideout! The Patriots clearly needed help at that spot after getting next to nothing out of everyone not named Jakobi Meyers last season. Bourne was a depth option in a San Francisco offense that featured George Kittle, Deebo Samuel and Brandon Aiyuk, but he set career highs in catches and yards in 2020 while those players battled injuries. He has the versatility to play outside or in the slot and the quickness New England often looks for in its receivers, posting the fourth-best three-cone time (6.73 seconds) for his position at the 2017 combine. Over the last three seasons, Niners quarterback Jimmy Garoppolo and his backups have recorded passer ratings of 102.6, 123.6 and 95.1 when targeting Bourne.

Anderson immediately was mentioned as a potential Patriots target after the New York Jets cut him earlier this month. At 6-foot-6, 301 pounds, he’s an above-average run defender who’s shown some pass-rushing potential in the past, too, bagging seven sacks with 16 QB hits in 2018. Adding him and Godchaux should go a long way toward stabilizing a unit that ranked dead last in the NFL in Football Outsiders’ run defense DVOA last season. Now, what do these additions mean for Lawrence Guy and Adam Butler, both of whom remained unsigned as of Monday night? 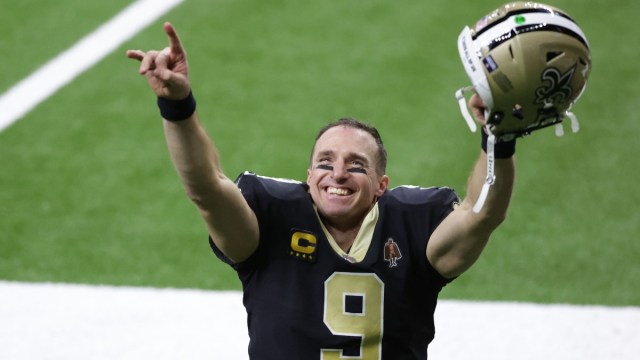 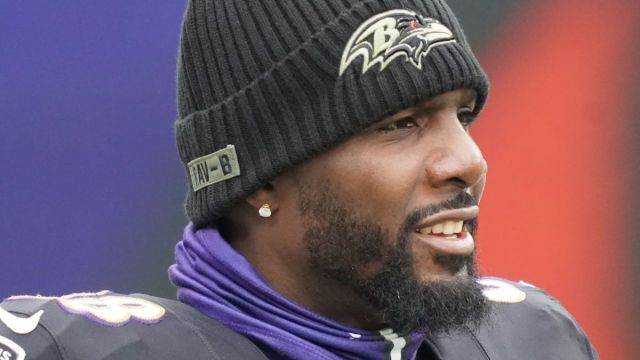 Is Dez Bryant Trying To Get Patriots To Pursue Him With Tweet Spree?