A group of 32 young men became richer Thursday after being selected in the first round of the 2021 NFL Draft.

But most of them showed up already looking the part.

With the selection show being in Cleveland this year, prospects got dressed up and actually had a place to go if they wanted to hear their name called in person. Or to show off a custom suit and designer watch in person.

And with that, one of our favorite traditions: judging the drip of all of the draftees.

First, we’ll recap how the top five selections dressed for the occasion. No. 1 overall pick Trevor Lawrence set the tone, but not in a flashy way.

The Clemson product wore custom olive threads by Indochino, who made the three-piece suit he wore during his wedding earlier this month, with an awesome detail on the lining. We’re not sure if the oranges are paying homage to Florida after the Jacksonville Jaguars selected him, or to Clemson, but it’s a fun touch and the green really suits his long golden hair.

Zach Wilson, the No. 2 overall selection, dressed exactly how you’d expect a BYU quarterback to look on draft night: like he’s about to go to a prestigious business school to recruit undergraduate interns to work at his investment bank.

Fortunately he’s headed to New York City where he’ll be able to find a great stylist to help him take Disney Channel to dapper.

NowTrey Lance, this is what we’re talking about. The black trim and pocket square on the blazer play well with the shades. And the diamond-encrusted Cartier wristwatch? It’s the little details here we love.

Kyle Pitts, the No. 4 selection out of Florida, definitely got bold with the forrest green, but the yellow elbow pads and stripe down the leg made it look like the tight end was hoping to go to the Green Bay Packers, not the Atlanta Falcons.

We don’t love this.

Ja’Marr Chase was selected by the Cincinnati Bengals with the fifth pick, and did his best impression of Ohio’s most famous native.

Do you guys remember the suit LeBron James wore to the NBA Draft?

Now, for the other memorable fits.

Alabama always is represented well at the NFL draft, but thanks to Patrick Surtain and Jaylen Waddle, their fits matched the excellence the Crimson Tide are known for on the gridiron.

Surtain wanted to shine, too, rocking this chain earlier. But the pink tux he showed up in may have topped that.

When it comes to Waddle, the pocket patch on the plaid is cool and different, but we can’t get over Surtain’s blush suit.

Are broaches with a player’s initials the new trend? Mr. Heisman himself, DeVonta Smith, had one pinned to his stormy grey waist-wrap suit as well. And similarly to Surtain, he donned a burgundy velvet bow tie.

We love what No. 7 selection Penei Sewell did here, keeping it simple with the all black while showing off his Samoan heritage.

Micah Parson gets bonus points for his apparel. The blue suit was sharp enough on its own, but his plus-one probably showed him up a little bit. These father-son fits are just adorable.

Over the last few years you’ve seen a lot of prospects going with a turtle neck under a sports coat. Najee Harris nailed that look, too, adding another fashion point for Alabama with the maroon velvet.

No. 13 overall selection Rashawn Slater may not have stood out much with his suit choice, but he brought his A-game with his shoes.

We see the red bottoms on these Louboutins.

Tom Brady’s supermodel wife always had him dressed well, and we don’t have to say much about Cam Newton’s amazing fashion sense. Jones has some big, expensive shoes to fill on and off the field.

We’ll work on that. 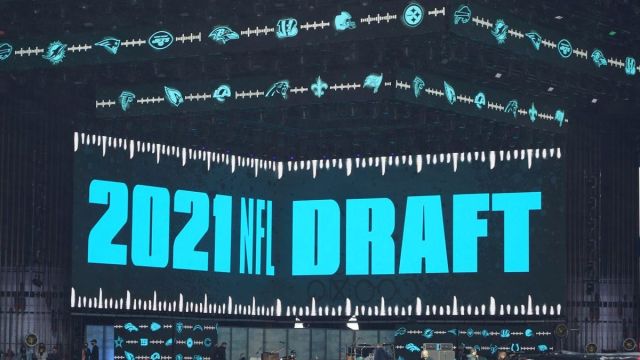 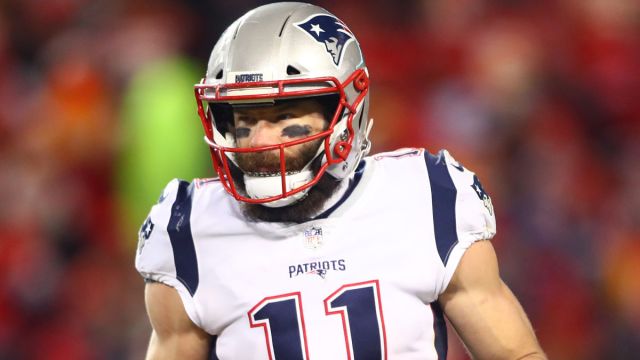