Physicality was at a high Sunday afternoon when the Bruins and the Capitals collided at TD Garden.

Boston came out on top against Washington in a game that featured a handful of hits that toed the line of dirty or were flat-out reckless. This East Division matchup also saw a few instances of questionable officiating, highlighted by Jarred Tinordi being called for roughing on Tom Wilson, who moments prior upended Sean Kuraly from behind.

Tinordi also was at the forefront of a fairly scary scene later in the third period. The Bruins defenseman was boarded by Garnet Hathaway and left the ice with a bloody face. Hathaway, after referees reviewed the sequence, was issued a game misconduct.

Speaking with the media after the game, Cassidy addressed the tilt’s most controversial plays.

“Well, there’s a lot going on,” Cassiday said. “There’s physical games against them. I think there was one earlier on (Charlie) McAvoy at the end of the second, it was more sort of bothersome. You know, he’s up against the boards, made contact with the head. …There was one on (Steven) Kampfer even. I think it was in the first period. It’s late. Those are the ones that bother you, when guys leave their feet. I think the Wilson one on Kuraly, Kuraly was on his way down and Wilson was actually just prepared to hit him but I thought that one was one of those incidental — you know, there’s not much you can do once a guy starts tumbling down. It looked like there was some stuff going on in the corner. That’s what our bench was yelling about with a hold and a hook that might have led to him going down.”

“The Hathaway one, it’s from behind. It’s tough on Jarred, you know? He comes out with some facial injuries. Hopefully he’s not concussed. At the end of the day, that’s boarding. Whether it’s five, two, however you look at it. That’s up to the refs to look at, determine. Anyway, physical with Washington again. Looks like that’s going to be the style of play and like I said, our guys just have to be prepared for it. Gotta make sure we dish out our share of hits as well.”

Boston and Washington will meet once more before the start of the playoffs. The May 11 clash in the nation’s capital will be both teams’ final game of the regular season.

— Patrice Bergeron and David Krejci have been lineup mainstays for Boston since the 2006-07 season. Yet Sunday marked the first time both longtime Bruins scored two goals in the same game.

— Krejci’s second goal of the contest was an image of finesse. The second-line center waited out a sprawling Dmitry Orlov before zipping a wrist shot into the back of the net.

Cassidy admittedly wasn’t nearly as patient as Krejci as the play developed.

“…Good for Krech,” Cassidy said. “I’m not gonna lie, I’m on the bench I’m like, ‘C’mon, Krech. Shoot the damn thing’ because there have been a couple of times he’s looked off shots and made plays and he’s got a good shot, especially from the slot. But he knows the game. He’s got as good of feel as anybody. So, found the right spot. Good goal for us, the timing was excellent.”

— Bergeron’s second goal of the game marked the 21,000th time the Bruins have lit the lamp in franchise history.

— Marchand’s empty-netter served as the 700th career point for the 12th-year pro. He’s the ninth player in Bruins history to reach the milesetone.

— Bergeron opened the scoring with the Bruins on the penalty kill in the first period. Boston now is tied for the league lead in shorthanded goals with eight. 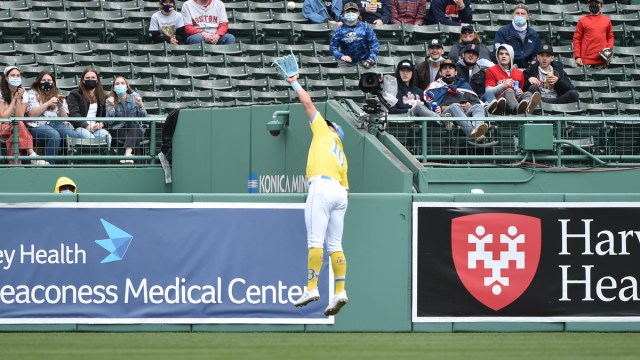 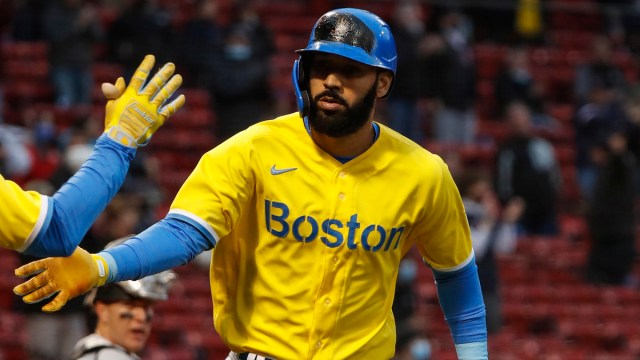