Patriots 2021 NFL Draft Picks: One Player Comp For Each Selection Skip to content

Sorry New England Patriots fans, Mac Jones is not the next Tom Brady. But that’s only because no one is the next Brady.

Jones was being compared to Brady even before New England selected him in the first round of the 2021 NFL Draft. Quite frankly, it’s incredibly unfair to set expectations for the Alabama QB that high. Seven Super Bowls or bust is not the way to begin an NFL career.

In a fun and challenging exercise, we compared each Patriots draft pick to a current or former NFL player. We’re not going to give Jones the Brady comp, but he does resemble a recent high pick.

We like the Burrow comp a little bit better. Both players are highly accurate, avoid turnovers but lack ideal mobility and arm strength. Burrow and Jones also both benefitted from elite supporting casts in college. Burrow was the No. 1 overall pick, while Jones was selected 14 picks later.

We tried to find a three-down defensive lineman who played for the Patriots whose name wasn’t Richard Seymour or Vince Wilfork. Ty Warren came to mind, but Barmore has more potential as a pass rusher.

Hicks only spent half a season with New England, but he has similar size and explosive tendencies in the run game and rushing the passer.

Muhammad Wilkerson is another decent player comp for Barmore.

It’s tough to find a perfect comp, but we liked the one our buddy Danny Kelly at The Ringer came up with. Perkins and Ford tested similarly (both had rough short shuttle times but good speed), are around the same size at 6-foot-2, 250ish pounds and are complete edge defenders who can rush the passer and defend the run.

Yannick Ngakoue and Whitney Mercilus also came to mind. Perkins projects as a better run defender than Ngakoue, and he doesn’t have Mercilus’s experience dropping into coverage.

Big pass-catching running backs who use finesse but aren’t multi-time All-Pros are hard to come by. Morris (220 pounds) was slightly smaller than Stevenson (231 pounds) but tested similarly (slow 40-yard dash times but good agility scores for their size) and provided a ton of value as a pass-catcher out of the backfield.

Cunningham was a second-round pick while McGrone was a fifth-rounder, but there were extenuating circumstances behind McGrone’s fall down the draft board. He tore his ACL in November and would have gone much higher without the injury.

The key with Cunningham is that, like McGrone, he’s an athletic undersized inside linebacker with experience in a defense similar to the Patriots’ system. Cunningham played under former Patriots defensive coordinator Romeo Crennel on the Houston Texans. Both McGrone and Cunningham are rangy linebackers with solid instincts.

Watts is kind of a deep pull, but he’s primarily played special teams with the Kansas City Chiefs and has the versatility to line up in the slot and at safety. That’s how Bledsoe projects in the NFL, as well.

Watts and Bledsoe also were experienced college players with over 43 games on tape.

Before Patriots left tackle Isaiah Wynn came along, Beachum was the classic comp for an undersized offensive lineman who still stuck at offensive tackle rather than moving to guard. Sherman and Beachum have similar size at 6-foot-3, around 300 pounds with over 33-inch arms. Their testing numbers are close too.

We’ll see if Sherman can stick at offensive tackle like Beachum and Wynn.

We were looking for a slender receiver who tested well and could play outside or in the slot. We’re probably being slightly optimistic here with Breaston, but he was a fifth-round pick, and Nixon could have been without dislocating his collarbone as a senior at UCF.

Breaston had four straight seasons with 700-plus yards including a 77-catch, 1,006-yard, three-touchdown campaign with the Arizona Cardinals in 2008. 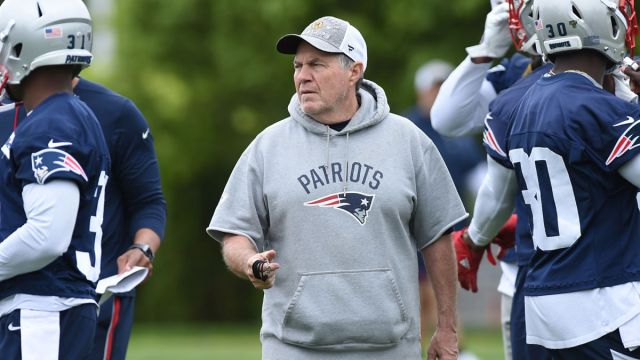 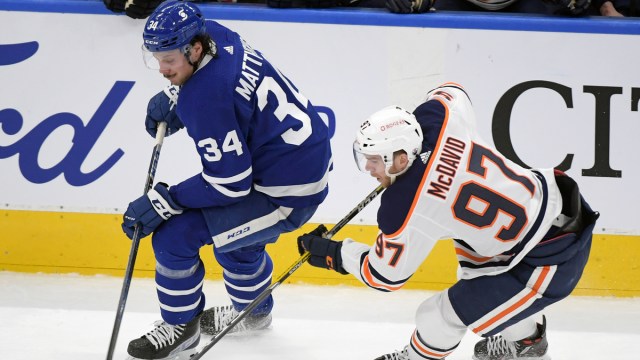