Tanner Houck is off and running once again.

The Boston Red Sox starting pitching prospect has been dealing with a flexor strain since May 9. But after taking things slow with his rehab, he was back on the mound Thursday to make a start for the Triple-A Worcester Red Sox.

The end result: Three innings pitched (the original plan was for him to go two), with six strikeouts, no hits or runs allowed and one walk. He threw 45 pitches, with 26 going for strikes, and his fastball sat around 95-96 mph.

Houck has been a fascinating guy to watch since dominating in his opportunities late last season. He’s been a de facto spot starter for Boston this season, but should get a good chunk of reps with the WooSox to continue on his development path.

And while rushing him back to the big leagues as the Sox rotation stumbles isn’t exactly a wise move given the injury he’s coming off of, his return to game action Thursday was a step in the right direction. 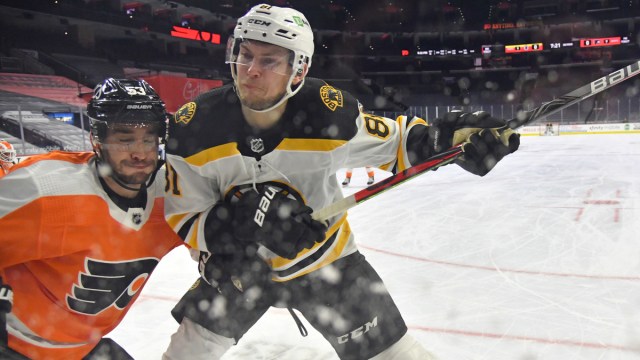