Although Triston Casas appreciated the opportunity to participate in the Olympics, the Boston Red Sox prospect still left Tokyo with a sinking feeling.

The United States baseball team won silver medals — a heck of an accomplishment — but fell short of its ultimate goal of securing gold by losing to Japan 2-0 on Saturday.

“It feels terrible,” Casas told The Boston Globe after USA’s gold medal game defeat. “We didn’t accomplish what we wanted to come here and do, which was to win a gold medal, but hats off to that great Japan team. They came out and beat us twice.”

The U.S. roster was unique in that it was comprised of veteran Major League Baseball free agents, a host of minor leaguers and some prospects, like Casas, who’ve yet to be added to an MLB 40-man roster. Still, the Americans showed serious fight, pushing the host country to the brink before coming up short.

Overall, Casas can take a lot from the experience as he returns to the United States, where he rejoins the Red Sox’s Double-A affiliate in Portland. While the 21-year-old might not earn a big league call-up this season, he certainly turned heads on the global stage, showing exactly why Boston picked him in the first round of the 2018 MLB Draft.

It’s also fair to think the chip on Casas’ shoulder is larger than it’s ever been.

“I don’t want it, I honestly don’t,” Casas told The Globe, talking about his consolation prize. “That silver medal isn’t something that’s going to be hanging up in my house, I’ll tell you that. I’m not embarrassed but it’s not what I came here to do. I came here to win a gold medal.”

Casas, a hulking slugger who’s listed at 6-foot-4, 252 pounds, is widely considered the Red Sox’s top prospect. If he doesn’t debut in 2021, there’s a good chance he’ll make his way to Boston at some point in 2022, likely even more motivated than he was before arriving in Tokyo. 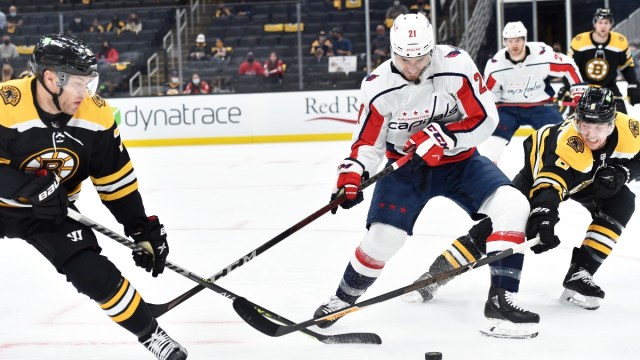