Hasselbeck, a former NFL QB who now works as an analyst for ESPN, said Tuesday on 98.5 The Sports Hub’s “Zolak & Bertrand” that Jones looks “uncomfortable” through his first three pro starts.

Jones threw the first three interceptions of his young career in Sunday’s 28-13 loss to the New Orleans Saints, completing 30 of 51 passes for 270 yards and a touchdown.

“It’s not been great, to be honest,” Hasselbeck said. “But what do you expect? Rookie quarterbacks around the league — going into last week, I think it was one touchdown, eight interceptions for everybody. It’s just so much. (Scott Zolak), as you know, going from college to the NFL, the big thing is really understanding all the stuff that you have to do at the line of scrimmage, all the commands. A lot of these coordinators, they love to call three plays in one huddle call, and you’ve got to be able to spit that out — and not only spit it out, but you’ve got to be able to then execute it.

“You just see guys who are tremendously talented in college who are really struggling. Justin Fields, not great. Not great at all. You can’t even find any rookie quarterbacks who are doing well. So maybe that’s just part of the growing pains, but (Jones) looks uncomfortable to me. He looks like I felt early in my career.”

Part of Jones’ perceived lack of comfort can be blamed on New England’s O-line, which has underperformed this season without injured starting right tackle Trent Brown. In the Patriots’ two losses, Jones has been hit nine and 11 times.

Through three games, he leads all 2021 draftees in completion percentage (67.5 percent; no one else is above 59 percent) and yards per attempt (6.14; Zach Wilson is second at 5.98) and has the fewest interceptions of any rookie who’s made multiple starts (Wilson and Trevor Lawrence both have seven).

One of Jones’ picks against New Orleans hit tight end Jonnu Smith in the hands, and the other came with less than 10 seconds remaining and the outcome already had been decided. The Alabama product shown obvious potential, though he’s clearly is not a finished product at this point in his NFL career.

Jones and the 1-2 Patriots will face their toughest test yet Sunday night against Tom Brady and the defending Super Bowl champion Tampa Bay Buccaneers. 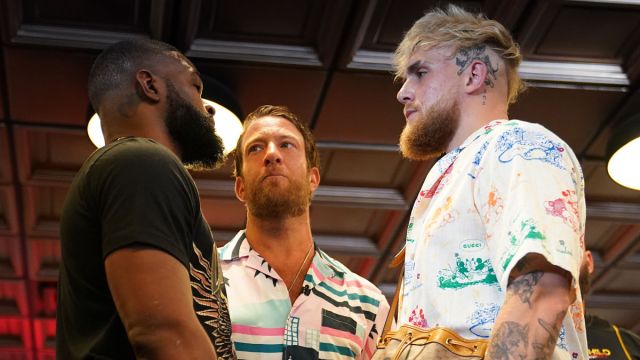