At what point do we overreact to the overreaction when it comes to Week 2 in the NFL?

The second week of the football season is a big one for bettors, as we now have at least an idea of what we’re looking at across the league. But there’s also the danger of putting too much stock into Week 1 results, which can mess with the betting lines — or your bankroll.

Luckily for you, NESN.com’s Mike Cole and Ricky Doyle are back to navigate the murky waters and deliver against-the-spread picks (ATS) for the entire 16-game slate. And if reading isn’t your jam, make sure you subscribe and listen to “The Spread,” NESN’s football picks podcast, where Mike and Ricky tackle all things NFL betting with some help from NESN betting analyst Sam Panayotovich.

In the meantime, here’s how they fared in Week 1.

Here are their Week 2 picks, with lines from DraftKings Sportsbook.

New York Giants at (-3.5) Washington Football Team, 8:25 p.m. ET
Mike: Football Team. Why is this line so low? This is a trap, isn’t it? While New York’s offensive line actually played better than expected in Week 1, the G-Men made up for it elsewhere with sloppy play all over the place. It’s just too hard to back them at a short number on the road with short rest.
Ricky: Giants. As ESPN’s Field Yates notes, the Giants are 4-0 SU against Washington with Daniel Jones as their starting QB but 0-5 SU in primetime with the Duke product under center. Something’s gotta give. Taylor Heinicke actually has been decent when thrust into action, but the Giants knew for the past few days that he’d be starting, and we therefore could see the extent of Washington’s QB downgrade in wake of Ryan Fitzpatrick’s injury.

(-3.5) New Orleans Saints at Carolina Panthers, 1 p.m.
Mike: Panthers. Theoretically, Carolina will have a much better plan than whatever the Packers showed in Week 1 versus the Saints. Everything went right for Jameis Winston in the opener, but I think the Panthers’ pass rush can make it a bumpy ride for him this week, which probably means a key turnover — or two.
Ricky: Panthers. Interesting nugget from ESPN’s Kevin Haswell: Since 2006, underdogs in divisional games are 218-144-8 ATS (.602) within the first five weeks of the season. Pretty profitable. This game also has serious outright upset potential thanks to what could be a sneaky good Panthers defense.

Cincinnati Bengals at (-2) Chicago Bears, 1 p.m.
Mike: Bengals. Is it a sucker bet? Yeah, probably. But I can’t shake how “meh” Chicago’s defense looked in Week 1. Cincy isn’t the Rams, but Joe Burrow definitely has some weapons to utilize. And for a week, at least, the Bengals’ run defense did look improved, which they’ll need again here against David Montgomery.
Ricky: Bears. Chicago advanced into opposing territory on seven of its eight possessions in Week 1 against the Rams. The Bears’ offense also picked up at least one first down on each drive. The Bengals will keep teams on their toes, with the back door always ajar thanks to their offensive upside, but this is a short enough number that you should feel OK laying the points in favor of the home team.

(-3.5) Buffalo Bills at Miami Dolphins, 1 p.m.
Mike: Bills. Let’s just trust Buffalo was knocked down a peg and has a complete bounce-back effort in a game it now kind of needs to avoid a disastrous start. By the way, Josh Allen in two starts versus Miami last season had a 136.7 passer rating.
Ricky: Bills. Buffalo shot itself in the foot against Pittsburgh, with turnovers, penalties, sacks and a blocked punt spelling trouble for the Bills. Hard to imagine a repeat disaster, even on the road against a divisional opponent.

Houston Texans at (-12.5) Cleveland Browns, 1 p.m.
Mike: Texans. Tyrod Taylor revenge game, anyone? I know I’m on the wrong side of a movement here — Cleveland was a 14-point favorite on some lookahead lines — but Taylor is just good enough to keep the backdoor open here.
Ricky: Browns. Stopping the Browns’ rushing attack in Cleveland will prove far more difficult than outlasting a rookie quarterback and a first-year NFL head coach (in an already volatile situation?) at home.

(-3.5) Los Angeles Rams at Indianapolis Colts, 1 p.m.
Mike: Rams. Frank Reich believes the Colts’ offensive line issues are fixable after Carson Wentz was hit 10 times in Week 1, more than any other QB. However, that LA defense looked revitalized with Raheem Morris calling the shots, and even if Indy gets its protection together, will that really make a difference with Aaron Donald?
Ricky: Rams. The Wentz era in Indianapolis isn’t going to end any better than the Wentz era in Philadelphia if the Colts don’t start protecting their new franchise quarterback. The Rams, meanwhile, looked really impressive in Week 1. The Matthew Stafford-with-a-good-team hype might be legit.

(-6) Denver Broncos at Jacksonville Jaguars, 1 p.m.
Mike: Jaguars. Back-to-back road games — this one in soupy Jacksonville — seems like a tough spot for a tough-to-figure-out Broncos club. Trevor Lawrence looks like he’s gonna be a garbage-time king, and six points just feels like too much here.
Ricky: Jaguars. Just not ready to lay a touchdown on the road with Denver, even if Urban Meyer’s tenure with Jacksonville has the potential to be a train wreck.

(-6) New England Patriots at New York Jets, 1 p.m.
Mike: Jets. Bill Belichick’s dominance of rookie QBs paired with the Jets’ O-line issues is worth noting. But New England had its own protection problems and Trent Brown is now hobbled. New York, meanwhile, led the league in Week 1 pass rush win rate. The Patriots might not be ready to cover touchdown spreads on the road in the division just yet.
Ricky: Patriots. Expect another long day for Zach Wilson, especially with left tackle Mekhi Becton sidelined and New England’s defense champing at the bit to get right before back-to-back showdowns with New Orleans and Tampa Bay.

(-3.5) San Francisco 49ers at Philadelphia Eagles, 1 p.m.
Mike: Eagles. San Francisco has had some problems with running quarterbacks, and they’re also already banged up, especially in the secondary after losing Jason Verrett for the year. Philly will put Jalen Hurts in a position to succeed, and the Eagles keep it close in a shootout.
Ricky: 49ers. I know Kyle Shanahan’s offense in San Francisco can score points against competition better than Detroit, whereas I’d like to see evidence that Nick Sirianni’s offense in Philadelphia is capable of replicating the Week 1 success it had against Atlanta. With each team leaning on its ground game and a quick-strike passing attack, the 49ers’ linebacking corps could be the difference this week.

Las Vegas Raiders at (-5.5) Pittsburgh Steelers, 1 p.m.
Mike: Steelers. Ultimate letdown spot for Vegas, coming off an emotional, overtime home opener and now having to go play an early game on the road against an elite defense.
Ricky: Raiders. It doesn’t appear the Steelers’ offensive issues have been solved, as Pittsburgh totaled just 4.6 yards per play in its Week 1 win over Buffalo. The O-line was shaky, the quarterback play wasn’t great, and it ultimately took a blocked punt, along with several Bills miscues, for the Steelers to leave Orchard Park with a season-opening win.

Minnesota Vikings at (-4.5) Arizona Cardinals, 4:05 p.m.
Mike: Vikings. Minnesota’s defense is better (I think?) than Tennessee’s, which should allow the Vikings to stay within the game script longer. Maybe that sets Dalvin Cook up for a big game in which the Vikings control the clock and keep it close. Clearly, I’m not confident with this one.
Ricky: Vikings. The number jumped from -3 on the lookahead, thanks to how each team performed in Week 1. Thus, this seems like a classic overreaction spot, where Minnesota’s offense exposes the flaws in Arizona’s defense that Tennessee couldn’t.

Atlanta Falcons at (-12) Tampa Bay Buccaneers, 4:05 p.m.
Mike: Bucs. Tampa Bay didn’t lose Week 1, but it wasn’t overly pretty. Now, they get extra rest to tighten things up, and just eliminating the turnovers will go a long way, too. This Falcons team isn’t nearly as good as the Dallas team that took the Bucs to the wire, either.
Ricky: Falcons. Tampa Bay might follow Kansas City’s lead this season, in that inflated spreads could make the Bucs a difficult team to confidently back week-to-week despite a usually sizable talent advantage. (The Chiefs are 1-10-1 ATS in their last 12 games dating back to last season.) Is a blowout possible? Absolutely. But the Falcons bottomed out in Week 1, offering some value to those willing to bank on improvement in an early-season divisional matchup.

Dallas Cowboys at (-3.5) Los Angeles Chargers, 4:25 p.m.
Mike: Chargers. LA’s offensive line was incredible in Week 1 against a much better Washington pass rush. The Cowboys won’t get to Justin Herbert, giving him time to take advantage of the mismatches, just like Tom Brady did.
Ricky: Chargers. Don’t love the line jumping a half-point, but them’s the breaks. Los Angeles has a significant defensive advantage, as well as a multidimensional offense that’s capable of exploiting mismatches on the ground and through the air. Week 1 also felt like a significant victory for the Chargers, who would’ve lost such a close game in recent years, whereas the Cowboys still are trying to get over the hump in finding that winning formula.

Tennessee Titans at (-5) Seattle Seahawks, 4:25 p.m.
Mike: Seahawks. Feels like deja vu all over again for Tennessee. Seattle’s pass rush looked much improved in Week 1, and the offense had new life under new coordinator Shane Waldron. Arizona gave the Titans similar problems last week, and now they have to go at it on the road.
Ricky: Seahawks. Probably lower than most on the Titans’ season-long outlook. Even more so after their lopsided Week 1 loss. Tennessee’s defense isn’t good, while Seattle’s D is good enough up front to slow Derrick Henry and, in turn, impede what else the Titans would like to do offensively.

(-3.5) Kansas City Chiefs at Baltimore Ravens, 8:20 p.m
Mike: Ravens. Thought The Athletic’s Sheil Kapada raised some interesting points about the Browns’ approach to beating Cleveland last week. You have to be aggressive, which Kevin Stefanski was, going for it on fourth down and two-point conversions. John Harbaugh is similarly aggressive, and the Ravens looked like they can still run the ball Monday night despite all the injuries.
Ricky: Chiefs. Baltimore’s defense looks like a shell of itself, having lost pass rushers Matt Judon and Yannick Ngakoue in free agency and cornerback Marcus Peters to a season-ending injury. The Ravens could send extra bodies, as they love to do, in an effort to slow Kansas City’s high-powered offense, but a high blitz rate with ample man-to-man coverage is just asking Patrick Mahomes to feast downfield.

Detroit Lions at (-11.5) Green Bay Packers, 8:15 p.m.
Mike: Lions. We’re trying not to overreact here, but I’d rather lose this one and see it from the Packers than blindly trust they’re gonna bounce back and roll. It wouldn’t be shocking to see Jamaal Williams get a whole bunch of run in his return to Lambeau, and that might give the Pack some problems.
Ricky: Lions. Holding my nose and taking the points. The Lions have covered in seven of their last eight games against the Packers, and it feels like everyone is expecting Green Bay to light the world on fire. 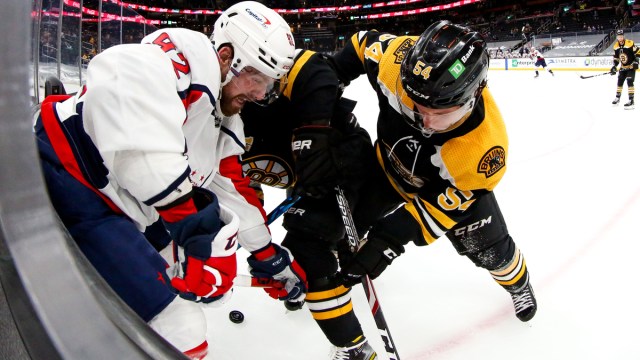