Could the Red Sox have gone up 4-1 on Hunter Renfroe’s RBI double?

The Boston outfielder ripped the ball down the left field line to give the Red Sox a 3-1 lead in its eventual 5-4 loss to the Houston Astros in Game 1 of the American League Championship Series on Friday night.

Upon further review, and as pointed out by WEEI’s Lou Merloni, the ball appeared to bounce off the leg of the barstool the ball boy was sitting on before ricocheting off the wall. Had it not hit the leg of the stool, it’s possible J.D. Martinez would have scored from first.

Before the Red Sox’s crucial Game 2, manager Alex Cora was asked about the play.

It’s also worth noting Martinez has been dealing with an ankle injury he sustained in the regular-season finale against the Washington Nationals.

There’s no sense in playing what ifs, though.

The Red Sox look to make it a 1-1 ALCS with first pitch set for 4:20 p.m. ET. You can catch pre- and postgame coverage on NESN and NESN+. 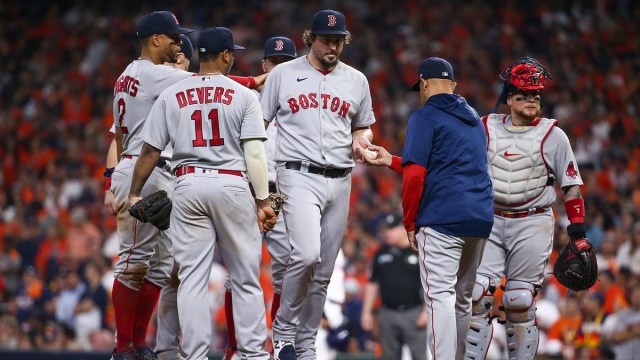