Much of the conversation — on social media, at least — following the Boston Red Sox’s loss in Game 4 of the American League Championship Series tended to focus on an apparent missed strike call from home plate umpire Laz Diaz in the top of the ninth. But all that chatter overshadowed a bigger storyline from the 9-2 loss to the Houston Astros — a quiet Red Sox offense.

After launching four home runs and 11 hits in a 12-3 victory Monday, the Red Sox were outhit 12-5 in Tuesday’s loss. While the bats were quiet, there was plenty of opportunity as seven players took a base on balls. But the Red Sox still failed to capitalize, leaving 11 men on base and going 0-for-9 with runners in scoring position.

After the loss, Red Sox manager Alex Cora chose to look on the positive side in discussing the offense.

“We had traffic the whole time. We had men at third, less than two outs with Kyle, we didn’t drive in a run. We had chances. I think we had chances early in the game too. We’ve been so good for so long that you’re going to have games like that, but approach-wise, seven walks is great. We ran some at-bats. J.D. got two 3-2 counts. He got called out on a fastball away and then he swung on a slider. But he grinded out the at-bats.

“Overall, though we didn’t get hits, we didn’t produce too much, but I think the approach was good.”

Xander Bogaerts was the only player to log multiple hits, going 2-for-5 with two RBIs thanks to his first-inning two-run home run. Hunter Renfroe was 0-for-2 with a pair of walks, while Rafael Devers also reached base twice.

The Red Sox will attempt to bring some life back to the base paths in Wednesday’s Game 5, which will be the final game of the series held at Fenway Park. First pitch is at 5:08 p.m. ET. 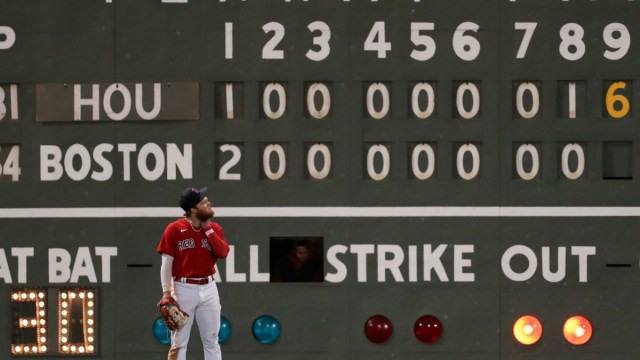 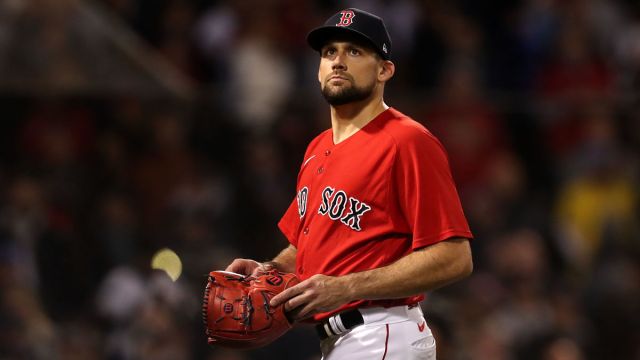